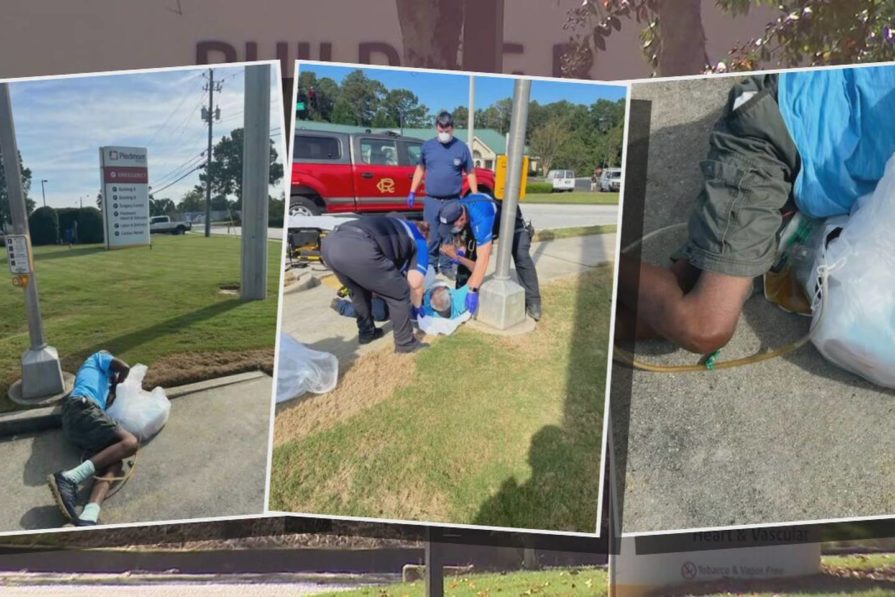 A 68-year-old man was kicked out of Piedmont Rockdale Hospital in Conyers, GA, last week, because the hospital staff was concerned about payment for his treatment.

According to WSB in Atlanta, the unidentified man was rescued by Rockdale County Deputy Chief Scott Freeman, after a good Samaritan called 911. A hospital employee confirmed that the staff had dressed the patient and walked him out of the building, leaving him right outside of the emergency room exit.

When police arrived, the patient still had medical tubes attached, including a catheter. He had a fever and elevated heart rate, a urinary tract infection, and signs of sepsis. The Rockdale staffer explained that the decision to put the man out was made because he had been at the facility for 35 days and Medicare would not be covering any more of his treatment.

“Common sense dictates that you do not treat human beings the way that we’re seeing in this particular case,” Freeman told WSB. “(He was) literally ejected out to the sidewalk with no help whatsoever. I think it’s inhumane. He was clearly incoherent. That’s just not how we treat people here in this city or this country.”

In a statement, Piedmont Healthcare insinuated that the man had been given alternative options to simply being kicked out, but chose not to accept them.

“At Piedmont, our purpose is to make a positive difference in every life we touch,” the statement read. “We can only provide the best care with the cooperation and consent of the patient. We do our best to connect patients in need with community partners and social service organizations to provide appropriate after-hospital care, but ultimately accepting these services is at the discretion of the patient.”

After being assessed by first responders, the man was loaded onto an ambulance and taken back to the emergency room at Piedmont Rockdale.