Before the Beverly Hills Police Department nabbed 30-year-old Rockim Prowell for allegedly robbing a series of homes, they noticed their suspect was not the brown-haired, white man they originally thought he would be—he was a dark-skinned Black man instead, Fox 11, reported.

The suspect was photographed by security footage while wearing the mask. Several images of Prowell sporting the realistic mask show the mask to have a slightly opened mouth and a hoodie and gloves that conveniently hide his arms and hands.

“It was odd this burglar’s mouth was always open when seen on video surveillance,” LAPD Pacific wrote on Twitter. “When he was caught breaking into another home we discovered why.”

The police said Prowell is associated in two burglaries in Beverly Hills in which he allegedly stole flat-screen TVs.

“We believe that the suspect is responsible for numerous residential burglaries within the Southern California area,” Beverly Hills Police said.

Prowell has been accused of robbing more than 30 Los Angeles area homes, and he was previously arrested for traffic stop in Beverly Hills.

Police also conducted a search of Prowell’s home in Inglewood, where the police claim they found items that match the description of what victims said were stolen,The New York Post reported.

Beverly Hills detectives are working with the LAPD and authorities in Newport Beach in San Diego to determine if Prowell had any potential connection with home burglaries in those areas. Prowell has been connected to seven burglaries in the area, the LAPD Pacific Division told the press.

He has been released from police custody and is due in court on May 25. 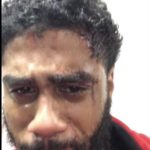 Wild-N-Out Comedian Claims He Was Abused By Wife, Seen Crying On Camera 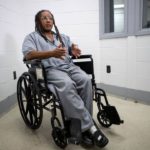