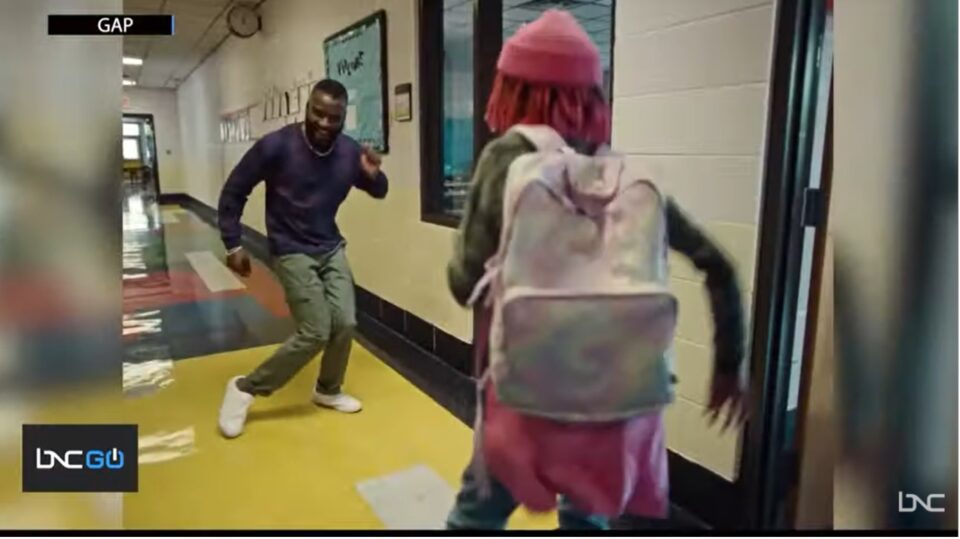 A Memphis educator and his students are showcasing diversity in partnership with clothing retailer Gap during this year’s back-to-school season.

David Jamison, also known as “The Dope Educator, went viral in 2019 for creating personalized handshakes with all 75 of his students at Hickory Ridge Elementary.

I remember being asked in an interview last year, “would I still welcome my students with customized greetings once they return?” My response remains the same, you don’t have to physically touch a child to actually “touch” a child. #thedopeeducator pic.twitter.com/91TT19fros

This year, Jamison and his students are featured in multiple advertisements for Gap; including a commercial and a billboard in their city.

The campaign’s purpose is to promote inclusivity and optimism as children return to in-person learning, the company reported.

Global Head of Marketing at Gap, Mary Alderte, stated in an interview: “Jamison who has advocated for collective individualism aligns with Gap’s brand ethos of celebrating diverse cultures and unique change-makers across generations,  leading the charge for a more inclusive, optimistic world  together. ”

The advertisement video features Jamison performing unique dances with each of his students lined up outside a classroom door at Hickory Ridge. The students gather and dance in the hallway and ride bikes in an outdoor field.

It ends with Jamison looking into the classroom from the doorway.

ON THE MAP! Thanks @GapInc for featuring our very own @thedopeeducator in the NATIONAL spotlight for his innovative and enthusiastic approach to EDUCATION.

We’re #Reimagining901 as we prioritize safety and welcome students BACK TO SCHOOL on August 9! >>https://t.co/LuwMsCFjUG pic.twitter.com/X2ZKbroU58

In an interview with BNC News, Jamison spoke about his journey in education and what inspired him to become a “dope” teacher.

He recalled childhood memories of not having any Black male teachers.

“I was always in trouble at school,” he said. “I realized that part of the reason why is because I didn’t have teachers who looked like me. I didn’t have someone I could relate to.”

He joined the field of education, where he says Black men make up only two percent, to provide the representation he lacked and be a role model for his students “so they can flourish and reach their greatest potential.”

Growing up, he and his best friend since the third grade had a secret handshake that set them apart from everyone else. When he became an educator, he said, he gained “75 best friends” and passed the gesture on to them.

Following a meeting with Jamison in his classroom, Gap worked with the school to make uniforms for kids, in addition to a Gap hoodie. The company also stated it’s extending financial awards to fashion departments at HBCUs.

“Gap is contributing $510,000 in total to the initiative, making this the largest donation to HBCUs by a major retailer,” the company stated. “This funding will be distributed across 21 awards ranging from $10,000 to $100,000, providing a platform that empowers Black students to propel their studies and drive innovation within the fashion industry.”