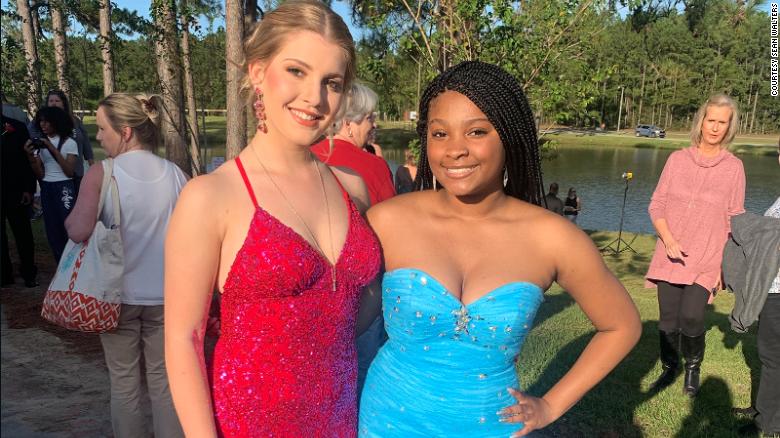 But when receiving her crown, she felt moved to give it away to another nominee who was mourning the loss of her mom, CNN reports.

Brittany Walters promised her mom that she and her dad would go to homecoming. She made the promise as her mother lay on her death bed with cancer and passed away on the same day as the big high school event.

After losing her mother earlier that day, Brittany and her dad stayed true to their word and attended the homecoming event.

Despite not winning the official title, Walters still walked away with the crown. While accepting her prize as homecoming queen, Covington decided it was only right to give it away to Walters, whose mother worked as an administrator at the high school.

“I just felt like it was something that was put on my heart,” Covington said.

“It was really just for her, to bring up her day a little bit, and she’d rather have her mom than a crown… but the point was, I was telling her that she was her mom’s queen, and I was just letting her know that she was loved by many and especially me.”

Walters was overcome with emotion as she stood next to her father, thinking about her mom, who was known as the “school mom.” She had no idea Covington would make such a nice gesture. But after asking the school for permission, she went over and crowned Walters.

Walters still has the crown, and Covington would like for her to keep it.

“It’s just something materialistic, but we put meaning to it so that’s why I want her to keep it,” she said.