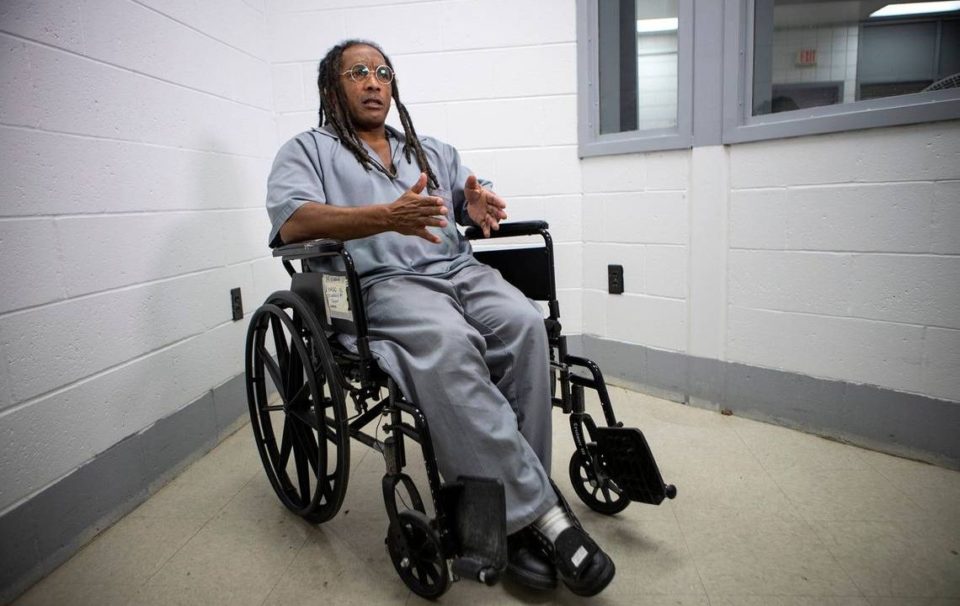 The justice system has never been perceived as fair according to people of color whether from personal experiences or based on news reports over the years. A Black man, who has been in prison for over 43 years, is actually innocent according to the Jackson County Prosecutor’s Office in Missouri.

The Jackson County Prosecutor’s Office, along with the Midwest Innocence Project and international law firm Bryan Cave Leighton Paisner, have all agreed on one conclusion when it comes to the fate of a Black man who was wrongly convicted 43 years ago in a triple murder in Kansas City. Collectively, they have come together to call for the release of Kevin Strickland.

“All those who have reviewed the evidence in recent months agree—Kevin Strickland deserves to be exonerated,” said Jackson County Prosecutor Jean Peters Baker in a written statement. “This is a profound error we must correct now.”

Strickland has been incarcerated for over 42 years in prison for a 1978 triple homicide that claimed the lives of Sherrie Black, John Walker, and Larry Ingram, and had also injured Cynthia Douglas. Strickland has maintained his innocence during this long incarceration. Since his conviction, there has been evidence of Strickland’s innocence including sworn statements from the perpetrators who have declared that Strickland is innocent and naming the previously unidentified fourth perpetrator.

The prosecutor has announced that an Amicus Brief was filed with the Missouri Supreme Court in support of Hoffman’s petition, as well as a letter to Hoffman detailing the results of a review by the Conviction Integrity Unit (CIU) of the Jackson County Prosecutor’s Office. The court case against Strickland had initially relied on the testimony of a woman who had allegedly witnessed the murders Strickland was accused of committing. The Prosecutor’s Office concluded that the witness, now deceased, sincerely wished (and attempted) to recant her identification of Strickland at trial.

“We are grateful to Jean Peters Baker and the Jackson County Prosecutor’s Office for their support of Mr. Strickland’s innocence and their work reviewing his case,” stated Midwest Innocence Project’s Executive Director Tricia Rojo Bushnell. “The evidence of Mr. Strickland’s innocence is clear, and we applaud the prosecutor’s office for fulfilling their duty as ministers of justice to ensure that justice is done—in this case, doing everything possible to help exonerate an innocent man.”

“Once she became aware of her mistake, Ms. Douglas did everything she could to free Mr. Strickland and she bears no responsibility for the years Mr. Strickland has lost,” stated Rojo Bushnell. “Mr. Strickland’s conviction was the failure of a system and the injustice of his continued incarceration harms not only him, but the families of the victims, who must continue to relive this horrible crime as we fight to correct this injustice.”