'Black N Bougie,' It's Not a TV Show, It's a Lifestyle 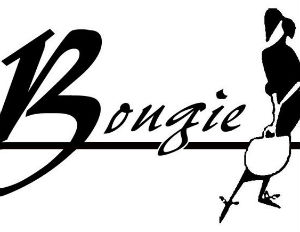 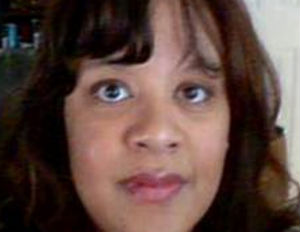 Remember watching The Cosby Show, and wishing your family was like that but didn’t know if any group of people actually lived that way? Well, HR consultant by day and blogger by night, Michele Grant, grew up in a household quite reflective of the Cosby’s. Her father a doctor and her mother a CPA, Grant lived what some might like to call the “bougieâ€ life.

Constantly teased, not understanding what “bougieâ€ meant, and often told she talked White, the real life version of Denise Huckstable decided to turn the negative stereotype into a positive, and give women just like her a place to relax. The “bougieâ€ portal, virtually referred to as BlackNBougie.com, may live in cyberspace, but it’s a destination for women to read about events, incidents and life experiences reflective of their own without anyone telling them their world is a rarity or unheard of. The “bougieâ€ vacation spot this season: Bougie Land!

Grant has been recognized and honored by a plethora of major publications and even hadÂ  CNN run a special sparked by something she wrote on her blog. So as BlackEnterprise.com eases into another Friday, we celebrate Grant’s Black N Bougie creation, taking note that the Huckstables didn’t just exist on a TV show.

Black N Bougie as a blog is…

A community of upwardly mobile African-American people who just wanted a viewpoint that was not necessarily represented in a lot of the other sites. It was originally imagined–in my mind–as a place to promote my books, but as I started blogging and more and more people started getting interested in the things that I was talking about, it’s been less about–to my publisher’s dismay–my books and my writing and more about my life in general from an educated, upper middleclass point of view.

Is kind of the Huckstable-ism. My father was a doctor and my mother was a CPA. They raised [my siblings and I] with an emphasis on education, and kind of a core Christian value system. We were in Jack and Jill, Links, things of this type. I was called “bougieâ€ very early, and didn’t really understand what people were saying but I understood that people took it as a derogatory term. Over the years, I just decided to own it and make it something positive. What’s wrong with wanting to be the best that you can be? What’s wrong with being educated? What’s wrong with having views that are cohesive, compatible and forward thinking? Is it a bad thing for wanting to shop at Whole Foods as opposed to Wal-Mart? I decided, no, it’s not. Is it a bad thing to own real estate before a certain age? Is it a bad thing to not always fret about where you next meal is coming from?

A misconception of “bougieâ€ Black people is…

That the Huckstables [don’t] exist, and that it[‘s] just fantasy. I was sitting in a psychology class [in college], and had a professor say [that] to me. And [he said], ‘Not only was it fantasy, but it was dangerous propaganda to have people thinking that folks like that actually existed in the world.’ So here I [was at] the University of Texas at Austin, and…I felt compelled to raise my hand and say, “Everything you just said [is] crap because that life is my life. I kinda get tired of people looking at me like I’m some sort of unicorn because I relate more to the Huckstables than Good Times.â€ He turned bright red and said, “You’re rare.â€ I said, “That’s funny because everybody I know [and] everybody that I grew up with, we all sort of grew up the same way. We don’t consider ourselves rare.â€

Someone who’s like, ‘Oh, poor girl. You have a Coach bag instead of a Louis Vuitton, we feel so bad for you…’ We’re like, ‘Okay, we’re not saying that [is] the struggle.’ There are other struggles. My blues may not be like yours, but they’re still blues.