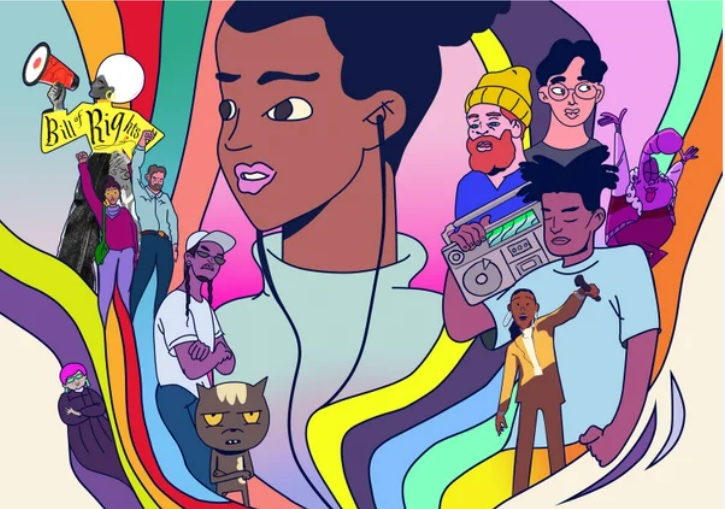 As the pandemic has caused more people to plop down on their couches, watch Netflix and yes, chill, it has made the mega streaming service come up with creative ways to appeal to its growing and diverse audience. Now Netflix offers a diverse lineup of Black-focused flicks to stream in July. Check out this list.

A documentary called “Audible” debuts. The film is about “a football player who is Deaf while coping with family and relationship issues all while gearing up for his Homecoming game,” per Netflix. The Observer reported that “the life of deaf high school football player Amaree McKenstry” is the film’s focus.

In the 1998 throwback, Halle Berry dishes up drama with other women such as the feisty diva, Vivica A. Fox, in “Why Do Fools Fall in Love.” Singer and songwriter Frankie Lymon’s relationships are the topic of the flick which incorporates a bit of nostalgia.

Catch Beyoncé Knowles-Carter in the  1970s  themed movie about a spy’s battle against Dr. Evil.

The LGBTQ movie from 1994 stars Kiana Madeira, Olivia Scott Welch and Benjamin Flores Jr. A teen and her friends come head to head with an evil force, while exploring “a series of brutal slayings in their town.

The short-form series with presidential ties was “executive produced by Barack and Michelle Obama and Kenya Barris” and created by Chris Nee. Families can watch the fun presentation about  “the basics of rights and citizenship” along with kids who may benefit from the entertaining lesson.

The docuseries about the popular tennis champion, Naomi Osaka, intertwines her cultural roots, identity and leadership. According to a press release, the docuseries covers the athlete’s “pivotal year, from the US Open in August 2019 and on tour with the tennis star as she plays in each of the Grand Slams and prepares for the 2020 Tokyo Olympics.”

In partnership with @uninterrupted, an all new doc-series chronicling the life of tennis phenomenon Naomi Osaka is coming to @netflix. The doc explores her journey in the tennis world, her life beyond sports, and her travels back to Japan. pic.twitter.com/ugD1bui6lJ

Jamie Foxx stars in the film about about a freed slave who travels across the U.S. “to free his wife from a sadistic plantation owner.”

The CW’s football drama series where a football player’s ties with Crenshaw clash with Beverly Hills.’