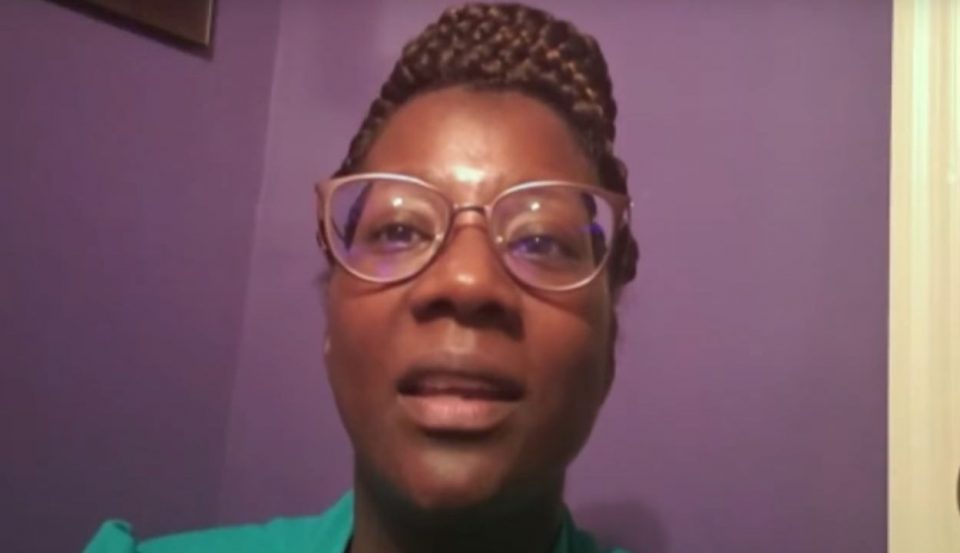 A Georgia nurse has come out as a whistleblower when she decided to speak out about a pattern of unnecessary, mass hysterectomies at an ICE detention center, according to CNN.

Dawn Wooten, who previously worked at an Immigration and Customs Enforcement facility in Georgia, has filed a complaint with the Department of Homeland Security inspector general this past Monday. She is being represented by the Government Accountability Project and Project South.

In the complaint, she has detailed a high rate of hysterectomies and alleged medical neglect.

In a report by Blavity, Wooten was interviewed Monday by MSNBC host Chris Hayes and she explained what migrant women told her while she worked as a nurse at the detention center.

“I had several detained women on numerous occasions that would come to me and say ‘Ms. Wooten, I had a hysterectomy. Why?’ I had no answers as to why they had those procedures. One lady walked up to me this last time around between October 2019 until July 2. She asked ‘What is he? Is he the uterus collector? Does he collect uteruses?'” Wooten stated to Hayes.

“And I asked her what does she mean. She said, ‘Everybody that I talk to has had a hysterectomy.’ You just don’t know what to say. I don’t have an answer for why they would come to me and ask, ‘Is he the uterus collector?'” she added.

“The allegations put forth in this whistleblower complaint point to an alarming pattern of unsafe conditions and a lack of oversight at privately run ICE facilities,” said Rep. Bennie Thompson of Mississippi, chairman of the House Homeland Security Committee, in a statement. He also added that allegations of hysterectomies being performed on women without consent is “incredibly disturbing.”

House Speaker Nancy Pelosi has put out a written statement on the allegations.

“If true, the appalling conditions described in the whistleblower complaint—including allegations of mass hysterectomies being performed on vulnerable immigrant women—are a staggering abuse of human rights. This profoundly disturbing situation recalls some of the darkest moments of our nation’s history, from the exploitation of Henrietta Lacks, to the horror of the Tuskegee Syphilis Study, to the forced sterilizations of Black women that Fannie Lou Hamer and so many others underwent and fought.

“The DHS Inspector General must immediately investigate the allegations detailed in this complaint. Congress and the American people need to know why and under what conditions so many women, reportedly without their informed consent, were pushed to undergo this extremely invasive and life-altering procedure.

“It is also essential that we get answers regarding ICE’s egregious handling of the coronavirus pandemic, in light of reports of their refusal to test detainees including those who are symptomatic, the destruction of medical requests submitted by immigrants and the fabrication of medical records.

“Reports such as these point to the urgent need to overhaul our unaccountable detention system and its horrific misuse by the Trump administration, to ensure that these abuses cannot ever again happen.”

In response to the alleged mass hysterectomies, ICE has also released a statement.

“ICE takes all allegations seriously and defers to the (Office of the Inspector General) regarding any potential investigation and/or results. That said, in general, anonymous, unproven allegations, made without any fact-checkable specifics, should be treated with the appropriate skepticism they deserve,” the agency stated.