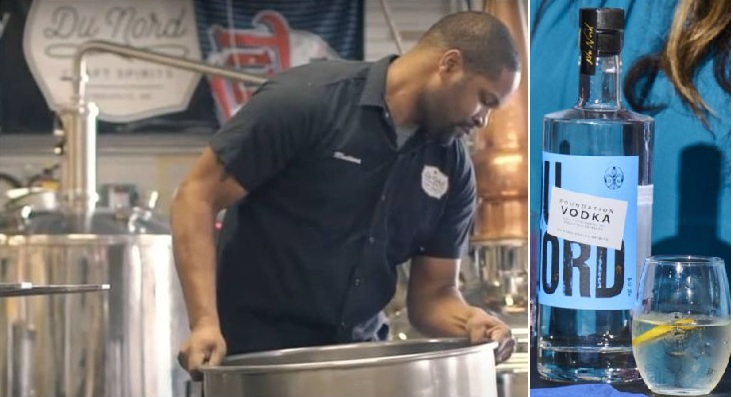 Du Nord Social Spirits, the first Black-owned distillery in the U.S., is now available to order on all domestic Delta flights, the airline announced this week.

Du Nord’s Foundation Vodka was the first offering from the Minneapolis-based distillery added to Delta’s menu on Oct. 1. In 2022, the airline plans to add additional Du Nord spirits, which include a craft gin, whiskey, coffee liqueur and apple liqueur. The distillery’s products will also be added to Delta’s international menu next year.

Launched in 2013, Du Nord’s goal is to bring diversity to the craft liquor industry. According to CEO and founder Chris Montana, Delta played an instrumental role in ensuring that the small distillery had enough product to fulfill the needs of their partnership. When they were first approached by Delta, the company was still reeling from last summer’s protests in response to George Floyd‘s death, during which a fire destroyed one of the distillery’s buildings.

“It was nowhere near possible for us to do any of the things they were talking about,” Montana told local station KTSP. “We had to envision a future where we were back on our feet, then able to do what they needed.” He adds that Delta reps met with him and his team on a weekly basis to make that future possible.

“Working with suppliers who not only provide us with the best products but also help us offer products that are made by people who reflect the communities we serve is a meaningful demonstration of our core values at work,” said Delta’s Managing Director of Onboard Service Operations Mike Henny.

Du Nord will funnel a portion of their sales from the Delta collaboration to the Du Nord Foundation, an organization launched in 2020 which gives grants to other Minneapolis businesses and entrepreneurs who were impacted by George Floyd’s death.