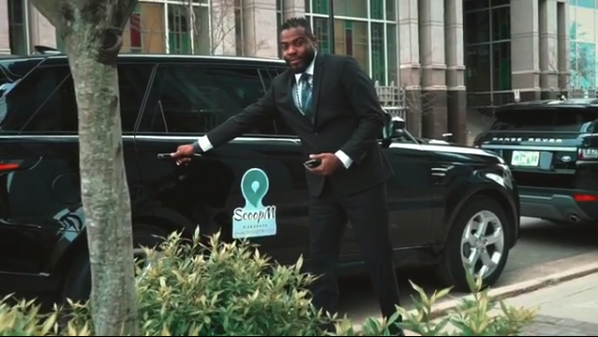 Diondre Lewis, a technology entrepreneur, who also runs training programs in the Charlotte, North Carolina, area noticed that many of his students were having issues with transportation to get themselves to his classes. To solve this pain point, Lewis decided to create a rideshare service, ScoopM, that would be safer than the traditional rideshare companies.

“This group [of students] was anywhere from 14 to maybe 18 or 19 years old,” Lewis told The Charlotte Post, “and a lot of them relied on their parents for transportation to the training. And if there was ever any kind of glitch, or any type of issue with, with the parents’ schedules, they were not able to come to class, they were not able to get that valuable training that we delivered.”

Lewis looks to take market share away from companies like Uber, Lyft, and GrubHub by positioning ScoopM as focused on safety. Lewis’ rideshare company requires mandatory FBI screenings, interviews, and random drug tests for its drivers. The cars also have ScoopM decals and LED lights identifying the vehicles. There are also interior and exterior cameras, as well as a panic button.

All of those features are for the customer, but there are also advantages for the rideshare drivers with higher pay and better benefits than the competitors.

“The awesome thing about rideshare is that it has been created by these entities. Uber and Lyft, they’ve also created a connected economy, gig economy, where people can work when they want, people can live the lifestyle they want to live, they can supplement their own existing income,” Lewis said. “They’ve created this massive market, but they’re not paying their drivers right, they’re not being transparent regarding the way that they pay. And they are not background checking their drivers adequately.”

Lewis is not worried about well-funded competition that already has several years’ head start in the market.

“Every time a McDonald’s opens up on a corner, there’s a Burger King on the other side,” Lewis said. “It’s like, this is business, this is American enterprise. You figure out a way to separate yourself.”