Black Pastor Sent X-Rated Pic to Church Volunteer; Resigned After Getting Called Out 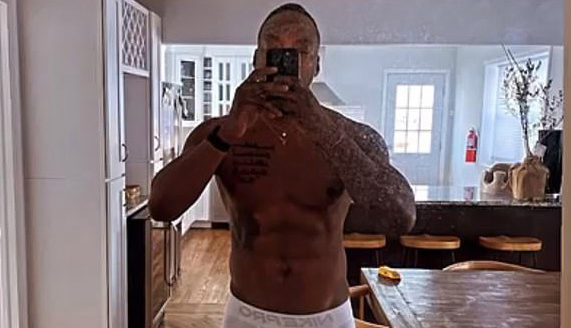 A Black church leader had to resign after it was revealed that he was sexting a volunteer, sending her a naughty picture by “mistake.”

Darnell Barrett was a pastor and creative director for Hillsong Church in Montclair, New Jersey, before sending out eye-popping pictures of himself in Nike underwear, NewsOne reported.

The unnamed woman who worked at the church from 2014 to 2016 claimed he sent her a private Instagram story, showing two pictures of himself in Nike Pro tights but swore it was a mistake.

“Hey! I think I might’ve added you to my close friends list by accident. I’m so sorry. Trying to figure out how the hell to edit it,” Barrett texted the woman back in February.

The conversation became more awkward as the pastor tried to explain he sends “some real raw s**t [..] to my friends [,]man.”

The woman originally thought to move past the awkward moment but had second thoughts about leaving the situation alone, but she decided to cuss out the “naughty” pastor.

“First off, I’m insulted that you wouldn’t understand what you’re doing but I’m not f**king stupid. For you to go out of your way to make it seem like you ‘accidentally’ added me to your close friends… and then, went out of your way to message me about it KNOWING that would make me go look is bulls**t,” the woman texted. “Obviously, what you wanted me to see were the shirtless photos and the outline of your d**k, let’s not play and act like that wasn’t the point. Your messages to bait me into seeing your ‘raw s**t’ are obvious. I know what you’re doing, do not insult me. I see you very clearly.”

Barrett has been dealing with depression, the report states, and his workouts provide him relief, as indicated by Instagram Story posts to his close friends’ group earlier that day.

Barrett is not the only pastor to be involved in a sex-related scandal. In October, former pastor Carl Lentz was fired for cheating on his wife Laura, having a monthslong affair with Ranin Karim, The Sun reported.