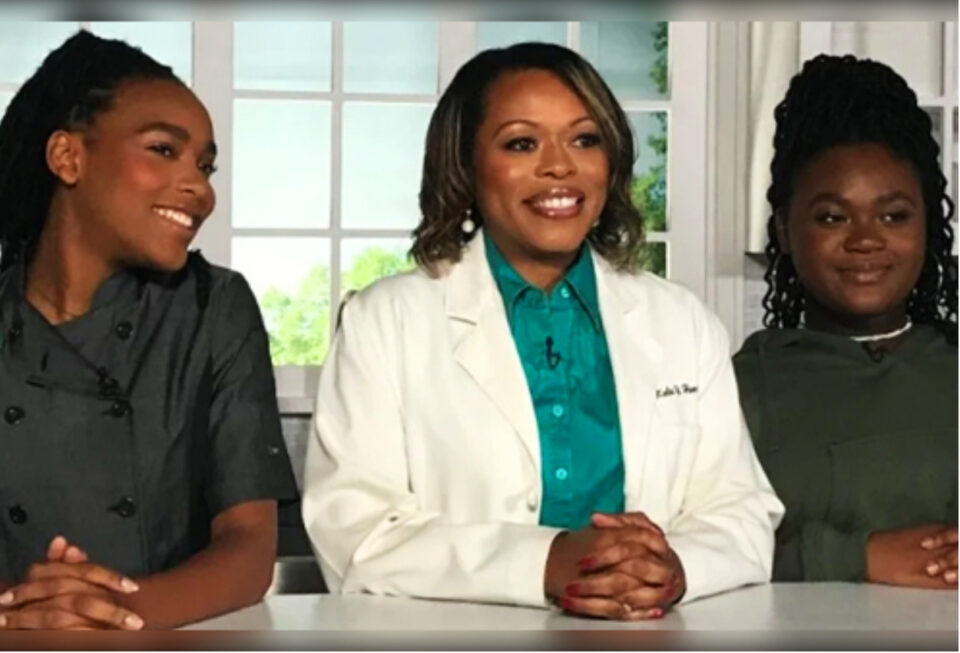 Dr. Kela Henry, a board certified family medicine physician, award-winning author, and speaker from Gwinnett County, Ga., is helping to transform the way the world looks at teenage girls of color and she’s doing that by changing the way they look at themselves. Her new television series “Let’s Talk Teens with Dr. Kela” is an offshoot of her award-winning book Nia and The Numbers Game, A Teenager’s Guide to Education, Relationships and Sex.

The series will talk about and bring greater understanding to the serious issues facing a certain portion of the population of teenage girls of color in this country. This demographic has been typically overlooked, underserved, and underestimated. Dr. Kela wants to highlight the accomplishments of teenage girls and discuss their concerns and struggles in today’s fast-paced, often isolating world, especially since the pandemic and help teens and parents to cope and conquer.

Dr. Kela shares, “There are some incredible teenage girls of color out there. Dozens are starting their own businesses, including non-profits, and giving back to their communities in big ways. Most of them have had to overcome serious setbacks or life-altering experiences and they have forged forward, with only their state of mind carrying them through to the next day.”

“Let’s Talk Teens with Dr. Kela” is a never-before-seen TV show that brings girls of color and their families together by having grounded, educational conversations about relationships, health, and sex. Dr. Kela connects each girl’s mental and physical health with a talent that makes them special — spoken word poetry, stand-up comedy, a scientific invention — and showcases their talent within each episode. Each episode is 22 minutes long, features two teenagers and Dr. Kela, and will be broken up into four segments.

“Let’s Talk Teens with Dr. Kela” was created in partnership with Dr. Kela’s BTH Creations and Denise Marsa Productions. Marsa and Dr. Kela started working together in 2014 when Dr. Kela was initially looking to hire a public relations firm to increase her visibility for her practice and to establish herself as a public speaker and eventually an author. The scope of their work together has steadily grown over the years; thanks in part to the incredible support from teens and parents on social media, at book signings and at events where Dr. Kela has been a featured speaker. As part of the production team, Marsa has brought in two young rising talents as associate producers, New York filmmaker, Sophia Conger, and Bulgarian native public relations and social media manager, Meggie Dimitrova. The three-women production team has created the concept video to present to various organizations and networks for partnerships.

Dr. Kela graduated from the Medical College of Pennsylvania-Hahnemann School of Medicine in 1999 before returning to her home state of Georgia and completing her residency program at the Medical College of Georgia, Augusta. She specializes in family medicine and runs a successful practice in the metro Atlanta area, which is part of the Emory Healthcare System. In 2019, Dr. Kela was awarded a Salute to Excellence Award for her book Nia and The Numbers Game, A Teenager’s Guide to Education, Relationships and Sex from the National Association of Black Journalists and was a guest speaker at their conference and Career Fair Author Showcase the same year. The award coincided with the one-year anniversary of her book’s release. All the books were judged by a team of experienced NABJ members on compelling subject matter, writing style, relevance, and uniqueness. Dr. Kela has appeared on dozens of radio and TV programs including WABC New York on Here and Now with Sandra Bookman, and WABE Atlanta National Public Radio, Closer Look with Rose Scott. She has spoken at bookstores throughout the Southeast. Dr. Kela inspires and motivates teenage girls to own their education and to find the resources they need to live the life they dream of living, no matter their circumstances. Please visit DrKela.com for more information.