With Regards to '42', Let's Not Forget About Other Black Pioneers 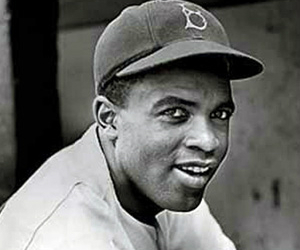 Jackie Robinson may very well be the epitome of black pioneers, but he’s not the only one. As great as it is to acknowledge and recognize him, Fox News’ Fay Vincent feels it’s just as important to remember others who have helped to pave the way.

As Mr. Vincent states in his column, Larry Doby, Joe Black and Ernie Banks, three former major league stars who started as Negro League players, had just as much, if not, more, to talk about when it came to their experiences in segregated America.

He takes the time to speak on some of the stories that were told to him which he feels have as much significance as the ones we do get to hear about.

To read about his experience, go to Fox News