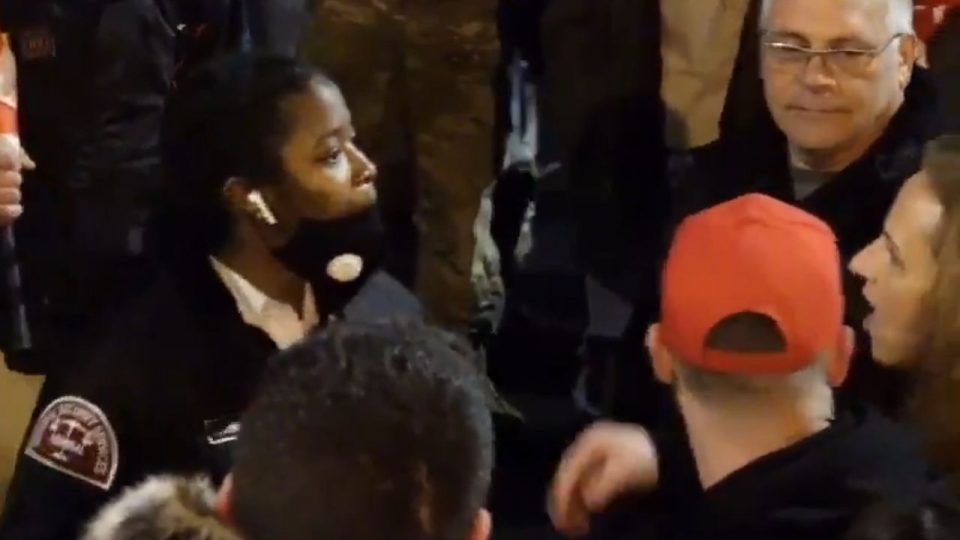 The night before Donald Trump supporters started a riot while storming the U.S Capitol last week, a Black security guard says she punched a White Trump supporter in self-defense. Based on that incident, she said she has been fired from her security job and faces criminal charges.

According to Atlanta Black Star, Washington, D.C. resident Ashanti Smith, 28, is seen in a viral video clip punching the white woman, who was identified as Therese Duke. Duke’s 18-year-old daughter then took to social media to publicly shame her mother

“Greetings, My name is Ashanti Smith; I am a 28-year-old African American woman who lives in the Washington DC metropolitan area. I recently was assaulted, attacked and harassed by a group of Trump supporters on Black Lives Matter Plaza in Washington DC on January 5th, 2021. A video has surfaced where I was surrounded by a group of Trump extremists, and I honestly feared for my life. The video makes me look like I am the aggressor, but it does not show what happened prior to my defending myself. People shoved me, tried to take my phone and keys, yelled racial epithets at me, and tried to remove my mask. I asked them to social distance and stay out of my personal space due to COVID 19. They refused, and I was afraid of being hurt and harmed. After being assaulted, I defended myself. I am now facing criminal charges along with being relieved from my employment pending an investigation. Which places me in a hardship situation at the moment. I am asking for support and help with funds for my legal fees and to maintain the essential things that I need to survive during this time. Any amount of help is truly appreciated.”

ON THE CODE SHE DID WHAT SHE HAD TO DO🤣🤣 MINK MINK
pic.twitter.com/mljLbZN4ym