Black Tech Entrepreneurship Expands Outside of the US

There is a lot of black tech entrepreneur buzz and innovation happening not just in Silicon Valley’s ecosystem but outside the United States.

There is a ton of noise coming out of the African continent, but what about other largely populated black epicenters? Herein lies the Haiti Tech Summit. This summit is taking over the Caribbean and bringing major power players along the way.

The Haiti Tech Summit is the brainchild of Christine Souffrant Ntim who is one of the most ambitious entrepreneurs to cross into the technology events space.

After Souffrant Ntim created her startup Vendedy in Dubai, she spent a short stint in Silicon Valley observing the culture and took her learning back to the island.

There, she created the Haiti Tech Summit. With a small team, they were able to pull speakers including Ben Horowitz, the co-founder and general partner of the acclaimed startup fund, Andreessen Horowitz, Vicky Jeudy from Orange is the New Black, and even the president of Haiti, Jovenel Moïse.

Souffrant Ntim also runs an online digital startup accelerator for global entrepreneurs from Africa, America, Asia, Caribbean, Europe, Latin America, and the Middle East. “Silicon Valley is a great hub and a great example of innovation in tech,” says Souffrant Ntim, “but there are other examples that really could transform how people look at innovation within their own countries.”

With all of these power players involved, Black Enterprise had a sudden onset of FOMO. We couldn’t miss this monumental occasion, so we will indeed be in the building. I will be there speaking on the future of media and its journey from print to digital, which ironically is a topic that was touched upon during our recent Gary Vee fireside chat visit to VaynerMedia.

If you are interested in watching the Haiti Tech Summit, you can tune into the Facebook Livestream here.

3 (Non-Creepy) Ways to Follow-up After a Networking Event 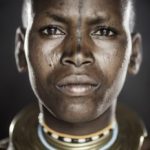 Want to Spread the Word About Your Work? Find Your Tribe

FacebookTwitterYoutube
← 3 (Non-Creepy) Ways to Follow-up After a Networking Event ← Want to Spread the Word About Your Work? Find Your Tribe
×