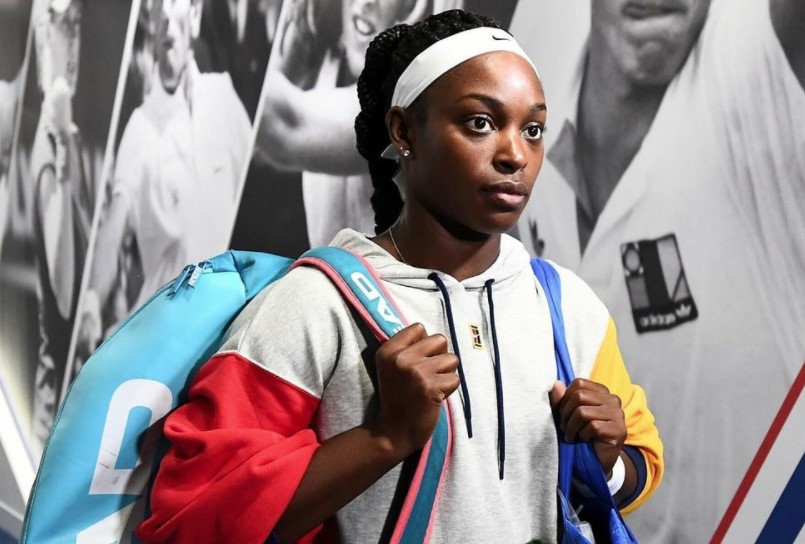 Black tennis star Sloane Stephens revealed she was bombarded with harassing comments following her loss at the U.S. Open.

On Friday, the 28-year-old athlete lost to German tennis player Angelique Kerber in the third-round match. Following the tournament, Stephens estimates that she received over 2,000 abusive messages.

“I am human,” she wrote. “After last night’s match I got 2K + messages of abuse/anger from people upset by yesterday’s result.”

Stephens shared a series of offensive messages that were sent to her.

Sloane Stephens opens up about the 2000+ abusive messages she received after yesterday #USOpen loss. (warning: the language is disgusting and disheartening to read) pic.twitter.com/oGHEbHPkjN

“I promise to find you and destroy your leg so hard that you can’t walk anymore @sloanestephens! Fixer and corruption like you must be ban forever in jail! I hope you enjoyed your last moments on court today,” read one.

Sloane shared screenshots of messages that were filled with threats and racial slurs. Other horrific comments revealed sexual abuse and physical threats. The disgusting messages were full of obscenities and there’s one that even wished for her to be raped.

“This type of hate is so exhausting and never ending,” said Stephens, the 2017 U.S. Open champion from Florida.

“This isn’t talked about enough, but it really freaking sucks,” she shared on her Instagram account. “I’m happy to have people in my corner who support me. I’m choosing positive vibes over negative ones.”

Stephens, ranked No. 66 tennis player in the world, isn’t the only athlete who has had to endure attacks on social media.

“A lot of people play through being miserable and being upset. I think instead of basically traumatizing her and making fun of her situation, we should be more accepting. Feelings are real, and we’re all human,” Stephens said during a news conference.

Recently, Osaka gave an emotional speech during a press conference, sharing that she doesn’t know when she will play her next tennis match. On Friday night, Osaka lost her third-round match to Canadian player Leylah Fernandez at the U.S. Open.

Many players have been under pressure this year and receiving scrutiny from the press. Sha’Carri Richardson took the spotlight this year after winning the women’s 100 meters at the U.S. Olympic Track and Field Trials on Saturday night.

During an interview, Richardson shared a glimpse of what she was going through.

“Last week, finding out my biological mother passed away and still choosing to pursue my dreams. Still coming out here…still here to make the family that I do still have on this earth proud. And the fact [is] nobody knows what I go through. Everybody has struggles and I understand that. But y’all see me on this track. Y’all see the poker face I put on. But nobody but them and my coach know what I go through on a day-to-day basis.”

Stephens is ready to continue the conversation to put an end to the harassment that athletes face behind the scenes. Yesterday, Stephens followed-up with a motivational post on Instagram.

“Disappointing loss yesterday, but I’m heading in the right direction,” Stephens wrote. “Honestly, so much to be proud of! Been fighting battles all year and haven’t backed down yet. Never stop fighting! You win or you learn, but you never lose.”

FacebookTwitterYoutube
← Comedian Fuquan Johnson Dies From Cocaine And Fentanyl Overdose ← Precious Stephens, A Former Emergency Dispatcher, On The Run After Hanging Up On 9-1-1 Callers While On Duty
×