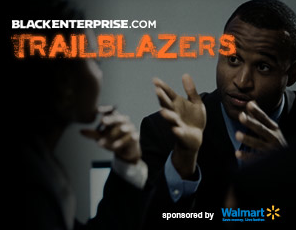 While many of us admire and are inspired by the likes of Kenneth Chenault, Oprah Winfrey, Jay-Z, Russell Simmons and many of the other powerful and successful African Americans in our country, we can tend to forget about those who paved the way.

In a new campaign called “Black Enterprise Trailblazers” sponsored by Wal-Mart, we focus primarily on Jackie Robinson’s new film, “42,” which highlights Robinson ending baseball’s color barrier and the many struggles he had to face in doing so.

Robinson opened the door for many black professional athletes as a whole, but many other African Americans in other industries as well.