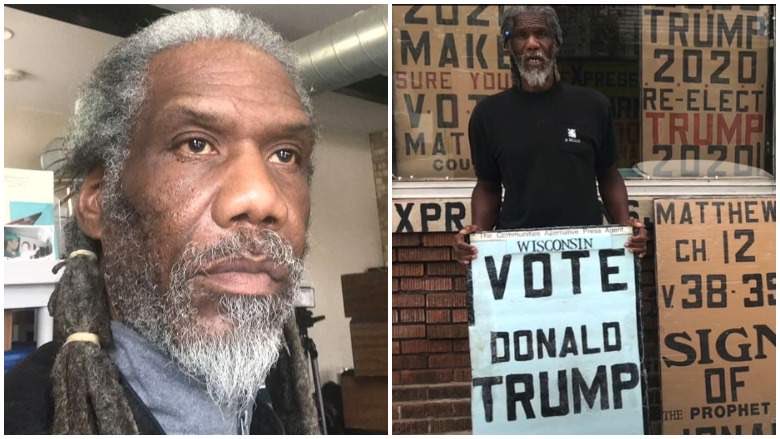 A Milwaukee Black man, who was well-known for his support of President Donald Trump, was shot and killed by an unknown person in Wisconsin late last week, according to The New York Post.

Authorities have said that political activist, Bernell Trammell, who was 60, was sitting outside his publishing company when a vehicle pulled up in front of his storefront and someone shot and killed him execution-style. Despite being an avid Trump supporter, Trammell advocated for the Black Lives Matter movement reports the Milwaukee Journal-Sentinel. He also supported progressive Democrat Lena Taylor in her run for mayor.

A statement was released from the Republican Party of Wisconsin’s Chairman Andrew Hitt:

“It is tragic to learn of the senseless murder of Bernell Trammell, and I offer my sincere condolences to his family and friends. Because of Trammell’s well known political activism and the possibility that his murder could be politically motivated, I respectfully request that United States Attorney Matthew Krueger open an investigation into this heinous crime. No American should fear for their personal safety because of where they live or their political affiliation.”

“It is tragic to learn of the senseless murder of #BernellTrammell & I offer my sincere condolences to his family & friends….No American should fear for their personal safety because of where they live or their political affiliation.” @AndrewHittGOP https://t.co/MPgL6k2koD pic.twitter.com/7UVVbfvfL0

Milwaukee police officials have confirmed that the fatal shooting took place at 12:31 p.m. on the 900 block of East Wright Street, near North Bremen Street. Trammell had been running his store, eXpressions Journal, a political and spiritual publication with an office at 915 E. Wright St.