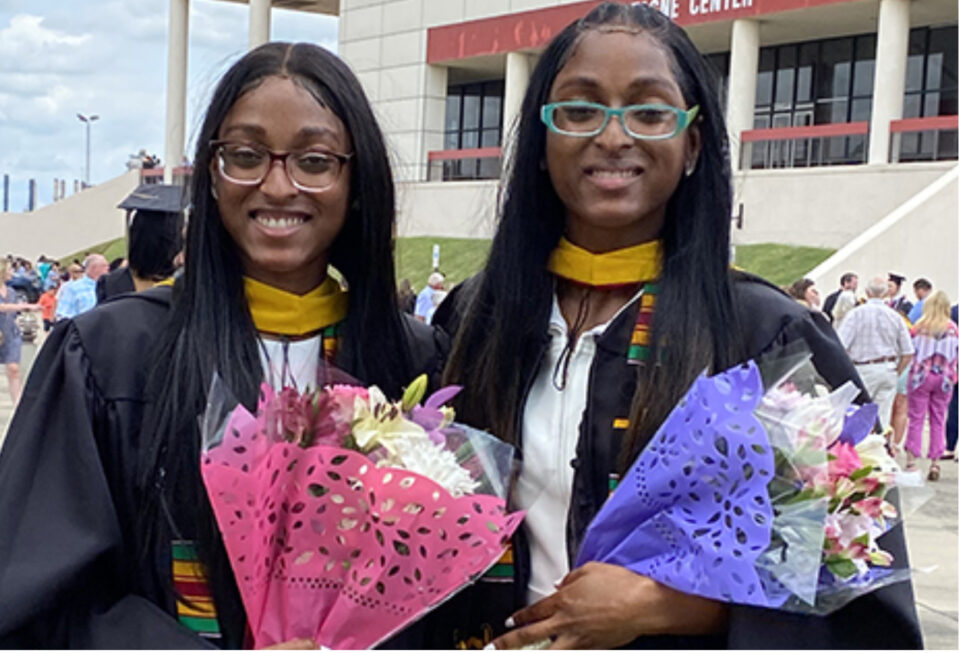 Meet Keyara and Teyara Watson-Love, fraternal twins from the Fifth Ward area of Houston, Texas. They recently made history when they simultaneously graduated from Lamar University with Master’s degrees in Speech-Language Pathology, a profession where there is only about 3 percent African American women.

The 24-year-old sisters credit their parents, Michael and Sarah, for their success because they always wanted and encouraged their children to get an education.

Keyara and Teyara were very big on being involved in extracurricular activities. They were a part of many different organizations such as CAID and SOCS which are geared toward speech and hearing sciences.

When asked why they chose to major in Speech-Language Pathology, the twins say they decided to go into this profession because they are very big on helping others and serving their communities, and they find communication difficulties interesting. They comment, “As little girls, we watched our grandmother Ruth Watson helped so many people throughout their lives. She had a very big heart and she never hesitated to give anyone a helping hand whenever she could.”

Keyara and Teyara also say that they take their faith in God very seriously and believe that this has helped them get to where they are today.

Their jobs involve serving patients in nursing homes with speech, language, cognition, and swallowing difficulties. Just like their grandmother taught them, they want to be as much of a help to others as she was to the ones she knew and cared for.