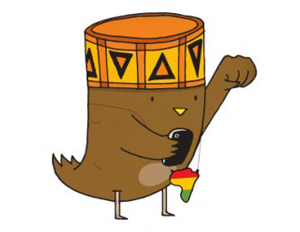 Black online users continue to use microblogging platform Twitter at a higher rate than their peers. While Twitter use among the overall population remained steady, more than one quarter of African-Americans online–28% to be exact–use Twitter, with 13% doing so on an average day, according to a 2012 study conducted by the Pew Research Center’s Internet & American Life Project.

The increase in the number of African-Americans using Twitter has sparked a social revolution of sorts, fueling the establishment of “Black Twitterâ€ (or #BlackTwitter), a networked group of avid users who chime in on political, social and economic issues of the day, or moment, in real time.

“One first has to understand that one in four Twitter users is African American,â€ says Taylor. “Such a platform, including the ability to cloak one’s self in anonymity, affords space for both the profound and the pathetic.Â  I am always a bit bemused with #BlackTwitter. As with any other digital segment, #BlackTwitter can be profound, pathetic and even profoundly pathetic.â€