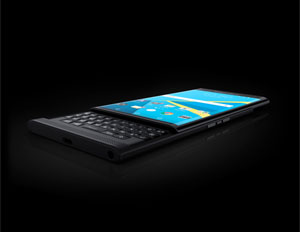 The BlackBerry Priv is turning out to be the adrenaline shot that the dying BlackBerry needed. Forbes reportsÂ that that mobile phone and platform maker, long crippled by the the success of iPhone and Android devices, beat analysts’ expectations after announcing its third quarter earnings.

Higher sales including handset sales are being credited to the launch of the BlackBerry Priv. The Priv, the company’s latest BlackBerry, was released this past fall and praised as a solid device by many reviewers with its success in the market deemed critical for BlackBerry Ltd. to survive. Overall, phone sales were down by 100,000 units from last quarter.

The company saw steady organic software sales of its enterprise products including BlackBerry Enterprise Server. Mergers and acquisitions only accounted for increasing revenue. In September, BlackBerry acquired AtHocÂ – a crisis communications and emergency services company, as well as Good Technology,Â a secure mobile communications company – expanding BlackBerry’s product portfolio and its customer base.

“I am pleased with our continued progress on BlackBerry’s strategic priorities, leading to 14 percent sequential growth in total revenue for Q3. We delivered accelerating growth in enterprise software and higher revenue across all of our areas of focus,â€ said Executive Chairman and Chief Executive Officer John Chen. “Our new Priv device has been well received since its launch in November, and we are expanding distribution to additional carriers around the world in the next several quarters.

“BlackBerry has a solid financial foundation, and we are executing well. To sustain our current direction, we are stepping up investments to drive continued software growth and the additional Priv launches. I anticipate this will result in sequential revenue growth in our software, hardware, and messaging businesses in Q4.â€