A Third of Blacks in This City Have Zero Net Worth 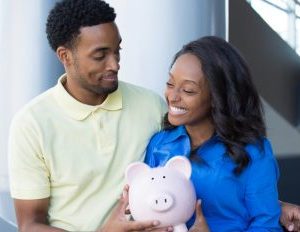 At the same time, 65% of households of color in the Windy City and 66% of those in Charm City are “liquid asset poor.” They don’t have enough saved to sustain themselves for three months in the event of an income disruption such as a sudden job loss or medical emergency. And households of color in both cities are three times more likely to be unemployed and to live in poverty.

CFED will be working in Chicago and Baltimore to “build the capacity of local nonprofits led by people of color serving people of color, as these organizations are on the frontlines of addressing the most pressing needs” said Dedrick Asante-Muhammad, director of the Racial Wealth Divide Initiative at CFED, in a press release.

They join organizations in Miami and New Orleans, the two cities in the first phase of the “Building High Impact Nonprofits of Color” project. CFED is working with JPMorgan Chase and the Center for Public and Nonprofit Leadership at Georgetown University’s McCourt School of Public Policy. JPMorgan Chase provided financial support to develop the reports and to train more than 20 organizations working to improve wealth building in communities of color.

“Progress requires a strong infrastructure of local, trusted nonprofit leaders of color who have the resources to take on this difficult issue,” said Naomi Camper, head of JPMorgan Chase’s Office of Nonprofit Engagement, in a press release.

Added Alexis Bataillon, executive director of corporate responsibility and head of strategy for the Mid-Atlantic Region at JPMorgan Chase, “We work with local leaders to help develop strategies that bolster the long-term vitality of the world’s cities and expand access to opportunity for those people and communities left out of today’s economy.”