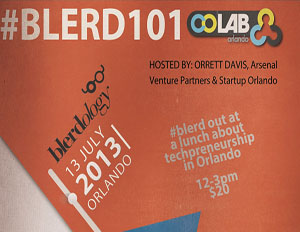 Blerds are coming to a city near you.

Blerdology is kicking off the first installment in its multi-city tour this weekend. The social enterprise dedicated to increasing the number of African-Americans in tech is launching its Blerd’s Night Out, or BNO, summer series which will start in Orlando, Florida and stop in Atlanta, Chicago, Detroit, Dallas, New York City and San Francisco.

Blerd’s Night Out is designed to further activate the minority startup eco-system in both emerging and established tech hubs across the nation, as well as ignite social change and further community fellowship.

“One of our favorite things to do is meet blerds in their communities and see the incredible things happening in Black STEM around the country,â€ said Blerdology CEO Kat Calvin. “We are so excited to cross the U.S. this summer celebrating the amazing blerdiness happening everywhere.â€

The Orlando stop begins on Saturday, July 13, at the city’s first coworking space, CoLab Orlando, at noon; attendees will participate in a speaker session aimed at educating, assisting and informing newbie-to-serial tech entrepreneurs on the constantly changing ecosystem, as well as areas of finance, marketing and business development. The session will be followed by a policy luncheon where Orlando’s top tech leaders, including Doccaster CEO Kyle Christian Steele, Owen Watson, artificial intelligence and robotics engineer and owner of 1of1, Inc., and Pablo More, president of Black Data Processing Associates Orlando and Valencia Community College IT advisory board member, will speak on the future of entrepreneurship and economic growth for the Black community in the central region of Florida. The day will end at the Blerd Mixer, a snazzy gathering of black professionals, entrepreneurs and techies at downtown Orlando’s Loft 55.

Take a look at the BNO tour dates, below: