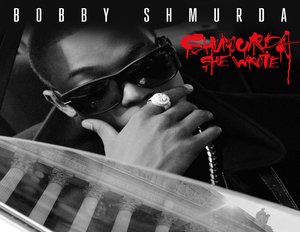 It was a week before Christmas and all through Quad Recording Studios, Bobby Shmurda and his GS9 squad were recording records when they were arrested and charged extensively.

The popular East Flatbush, Brooklyn rapper was booked by the NYPD’s Brooklyn South Violence Reduction Task Force, along with the Office of the Special Narcotics Prosecutor’s Narcotics Gang Unit. Shmurda, 20, whose real name is Ackquille Pollard, was booked on charges for conspiracy to commit second-degree murder, conspiracy to commit second-degree assault reckless endangerment, criminal possession of a weapon and criminally using drug paraphernalia.

15 people in total were apprehended in a sting by police, which finally moved as a result of a nearly two-year investigation of the GS9 crew. Contrary to initial reports by Shmurda’s attorney, Howard Greenberg, that Epic Records would put up his $2 million bail, it appears that the rapper spent Christmas on NYC’s Riker’s Island. Over the holidays, Shmurda and other members of the GS9 crew were visited by family members, as they await their eventual freedom.

With regards to the rapper’s bail, Greenberg gave no hint of an update detailing Epic fronting the cost. instead, he remarked that another course of action is being looking into, saying, “There is no news. We’re just trying to put something else together now.â€ Greenberg, who mentioned to The Fader that he was on his way to visit Bobby, discussed the indictment documents released to the public against the rapper and his GS9 crew. “I’ve analyzed the indictment down to the bone,â€ he said. “It’s just talking. Bobby shouldn’t be charged with anything. I have told your colleagues in the media, the indictment is a bunch of bulls—. First 41 pages are just kids talking, in not even English. Bobby isn’t charged with anything except talk in the indictment.â€