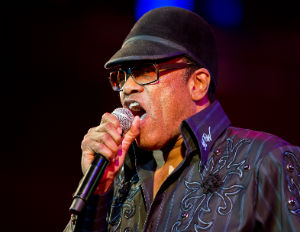 Bobby Womack, a pioneering soul singer and songwriter who was a Hall of Fame inductee died today, according to reports. He was 70.

Womack, who inspired the music and success of greats including the Rolling Stones and Sam Cooke was diagnosed with Alzheimer’s disease and reportedly had several health issues including prostate cancer.

His publicist, Sonya Kolowrat, confirmed today that Womack died but has released no other details, USA Today reports.

Womack is famous for writing and originally recordingÂ the Rolling Stones’ first No. 1 hit in the U.K., “It’s All Over Now,” andÂ New Birth’s “I Can Understand It,” among other popular songs. He’s most known for his own hits including, “Lookin’ For a Love,”Â “That’s The Way I Feel About Cha,” and “If You Think You’re Lonely Now,” which has been covered by singers including K-Ci Hailey, formerly of hit 90s group Jodeci.

His songÂ “Across 110th Street” was the namesake of a blaxploitation cult classic of the same name, and its popularity has been revived in hiphop and recent films like “American Gangsta” and “Jackie Brown.”

He got his start in the early 1960s as Â lead singer of family groupÂ the Valentinos and also worked as R&B singerÂ Sam Cooke’s guitarist. His music has spanned diverse genres including funk, gospel, rock, soul and country.

TV One’s Unsung recently highlighted the singer’s life and accomplishments, with insights from industry insiders, family and friends. “Music is like a spiritual high,” Womack said in his feature. “It gets better than making love. And I’m serious.”