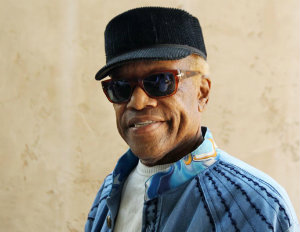 Since the late 1960’s, Bobby Womack has made quite the impact on Billboard’s R&B charts. From “California Dreamin’â€ to “Fly Me To The Moon,â€ the Ohio-born soul singer has influenced today’s most memorable artists, but today he’s in the spotlight for a different reason.

According to Rolling Stone, the chart-topper recently opened up to the BBC about being diagnosed with early Alzheimer’s after “forgetting song lyrics and names of collaborators.â€ Womack, who is no stranger to health issues after being hospitalized for Pneumonia and undergoing surgery for Colon Cancer last year, talked about his latest health scare with BBC Music 6 personality, Giles Peterson.

“The doctor said, ‘You have signs of Alzheimer’s’,” said Womack. “He said it’s not bad yet, but it’s going to get worse.” While reminiscing on his forgotten lyrics, the Rock and Roll Hall of Famer told Peterson, “How can I not remember songs I wrote? That’s frustrating.”

Womack was introduced to the music scene as a solo artist after working alongside artists such as Sam Cooke, Wilson Pickett and Sly Stone, and now, nearly five decades later, he sits with more than 30 solo albums to his name. His latest LP, The Bravest Man in the World (2012), is the perfect title to embody his courage over the past 12 months.