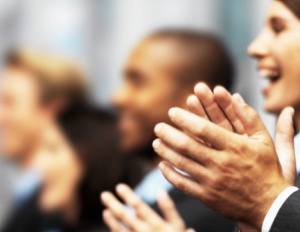 The goal of the survey is to track the sentiment of entrepreneurs and understand the biggest challenges these self-funded business owners face as they head into the new year.

This year’s survey is the most optimistic view of the economy in the three years Mainsail has conducted the survey.Â  Over 54% of respondents said they expect the U.S. economy to do better in 2014, up from 42% in the previous year’s survey.Â Â Entrepreneurs are also more optimistic about their own businesses this year with 75% of respondents saying they expect their business to grow faster in 2014.Â  This represents an increase of 10 percentage points over last year’s response.

For the second year in a row, “Product Development” was cited as the most important area of investment with 52% of respondents highlighting this as an area to invest in 2014.Â  “Sales Staff” and “Marketing/PR” were a close second and third.Â  Entrepreneurs and executives cited fewer challenges to growth in the coming year with one exception — hiring top talent.Â  Nearly half of all business owners cited “Finding Good People to Hire” as a challenge to growth in 2014.Â  On the other hand, the number of entrepreneurs highlighting “Macroeconomic Trends” as a challenge was down nearly 50% from the previous year.

The survey was conducted in late November and early December of 2013. Mainsail surveyed nearly 500 executives of small- to medium-sized companies that have not taken previous capital from venture-capital firms, private-equity firms or other institutional investors.

“The bullish outlook of business owners we surveyed is similar to the sentiment of many of our own portfolio company managers, as well as the many entrepreneurs we speak with every day,” saidÂ Gavin Turner, Mainsail’s co-founder and Managing Partner.Â  “We saw a pronounced shift in this year’s feedback away from concerns about the macroeconomy toward a focus on investing for growth.Â  Hiring top talent, sales and marketing, and product development were once again the top priorities for bootstrapped companies.Â  It’s not a coincidence that we spend most of our time in these areas helping our portfolio companies drive growth.”