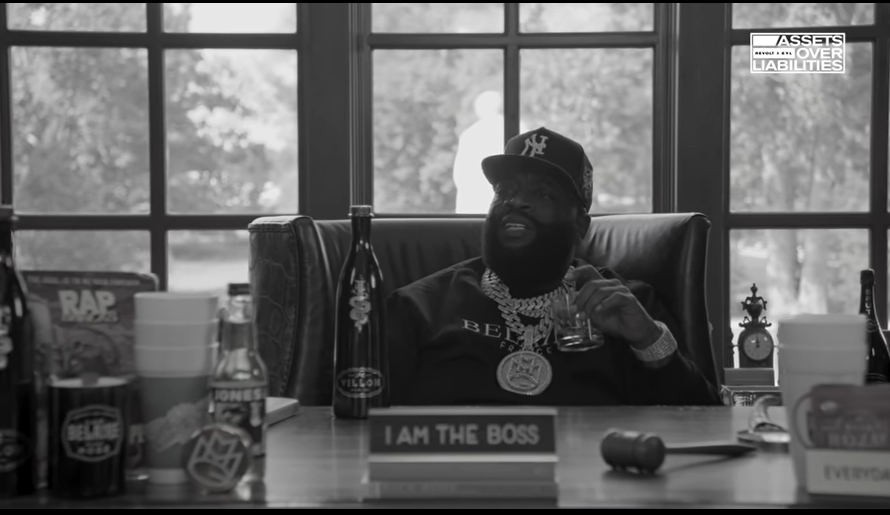 Rapper Rick Ross fully manifested the “boss” lifestyle he built his brand and persona around. His early interest in real estate was something he held on to while rising to the top of hip hop.

With a record label, 25 Wingstop locations, partnerships with major spirit and food brands, and a stake in VERZUZ, Ross hustles hard to continue growing his $40 million net worth. He recently opened up about his multimillion-dollar brand and the leisure expenses he made just to indulge in his wealth and success as a rapper.

The Maybach Music CEO appeared on the first episode of REVOLT’s new show Assets Over Liabilities and shared the story behind one of his properties in Atlanta.

“Homes was something I was always fascinated about,” Ross said. “So me and my homies started coming up to Atlanta. We used to ride by here all the time [we would pull over] and just be like God damn.”

With Ross driving through the neighborhood and admiring the homes as a hungry up-and-coming rapper, he decided that once he made it he would buy a home in the area even if he wouldn’t actually be living there full-time.

“After I got my deal and my situation, I bought a million-dollar home maybe two minutes from here that I still own that’s right around the corner just so I can ride by it every day while I’m in Atlanta, and that’s what the play was,” he explained.

Among Ross’s properties include a $3.5 million estate in Florida and a 109-room estate in Georgia that served as the Zamundan palace in Coming 2 America.

Ross owns over 20 Wingstop locations, has franchise ownership in Checkers and Rally’s restaurants, and partnerships with Luc Belaire and Bumbu spirit brands, Rap Snacks, and VERZUZ. Ross kicked off 2021 by investing $1 million into the Telehealth startup JetDoc.

“I gotta have a doctor right here at my fingertips,” he told Forbes. “If I’m feeling dizzy, short of breath, I might just need a word of their advice.”