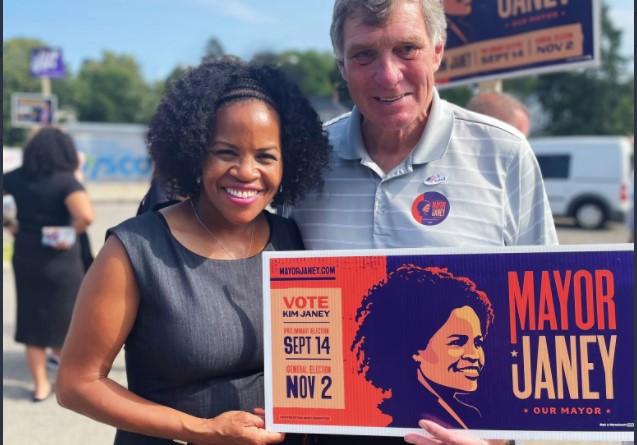 Boston joins other municipalities in Massachusetts that have decided to replace Columbus Day with Indigenous Peoples Day. However, Columbus Day is still observed as a state and federal holiday.

“The atrocities that person committed was horrendous – to see this change is memorable,” said Chalinaru Dones, a supporter of Indigenous Peoples Day, according to Boston CBS Local. “It means the world to me; this is amazing – just the thought that I am alive to see this happen is huge in its own.”

While many residents applauded Janey’s move, she also drew criticism from others. Boston held no public hearings and many were surprised by the decision.

“I was elected to represent the largest Italian American community in the city,” Edwards wrote. “Today’s unilateral action by the acting mayor was a surprise to me and I don’t believe it encourages the honest, transparent, healing conversation we need.”

The next day Councilor Edwards, who represents Boston’s North End, apologized for her Facebook comments. She confirmed that she supports Indigenous Peoples Day. However, she does not agree with the way the “unilateral” decision was made,” Boston News reported.

For many, this move was long overdue. After the signing of the executive order, Mayor Janey told reporters that “This is a small step in a long journey around justice in our city.”

“Our shared history in the city is tainted by colonial violence and systemic exclusion,” Janey shared. “As the current residents of this land, the city of Boston has an opportunity and an obligation to honor the cultures, experiences, and achievements of indigenous people.”