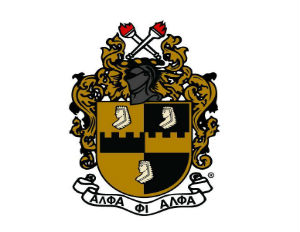 A student at Bowie State University in Maryland is coming forward and speaking out against the fraternity Alpha Phi Alpha, claiming he was beaten and hazed while pledging.

BSU junior, Kevin Hayes, is suing the fraternity for $3 million in Prince George’s County Circuit Court for battery/hazing, false imprisonment and gross negligence. The lawsuit claims that fraternity members Mike Ross, Keenan Goins and others punched, hit, slapped, body slammed and paddled Hayes during the fall of 2013. The suit also claims that members of the fraternity threatened Hayes and his mother, saying they would come pass her house and see her.

Founded in 1906, Alpha Phi Alpha is the first Greek-letter fraternity for black students and has since chartered 414 college chapters and 369 alumni chapters across the nation. According to its website, the fraternity “strictly prohibits hazing in any form whether physical or mental as a term or condition of membership in the organization.”

Hayes, who is the executive member at large for the Student Government Association at Bowie State, filed the lawsuit against the fraternity on Monday.

FacebookTwitterYoutube
← Busy Pro on the Go? Save Time with Dinner Kits Delivered To Your Door ← CFPB Releases Report on Loopholes in Military Lending Act Rules
×