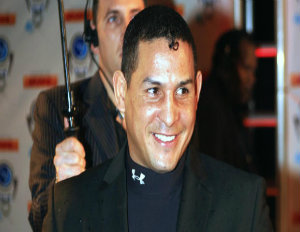 A passing gunman on Tuesday shot Camacho, who was in a car in front of a bar in his hometown of Bayamon, Puerto Rico.

He was declared clinically brain dead on Thursday and placed on life support.

Camacho, 50, suffered a heart attack and had been taken off life support, said Wilmelis Marquez, spokeswoman for the Rio Piedras Medical Center.