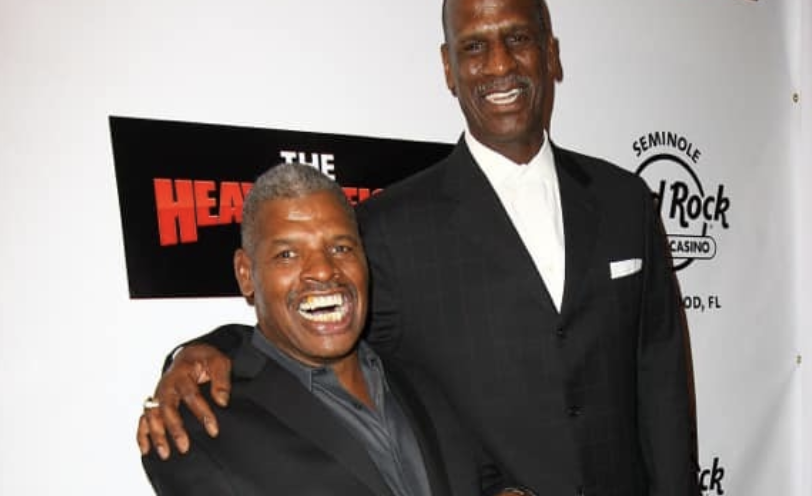 Photo Courtesy of Michael Spinks Twitter/ Leon Spinks is on the left.

According to a statement from The Firm PR & Marketing in Las Vegas, the 67-year-old former Marine passed away on Feb. 5 in the company of family and friends, including his wife, Brenda Glur Spinks.

Spinks’ professional fighting career spanned almost two decades from 1977-1995, according to Box Rec. His most notable fight was against the late, great Muhammad Ali in February 1978, in Las Vegas. Spinks won his first heavyweight championship belt during the match that upset the boxing world. He would go on to have 46 bouts during his career with 26 victories, including 14 knockouts.

Michael Spinks, Leon’s younger brother, posted a tweet on Friday saying that his brother was in good spirits but asked for prayers.

Good news. I spoke to my brother @LeonNeonSpinks on the telephone last night from the hospital. He is hanging in there! Please continue to pray for him! pic.twitter.com/HhJ5Qo1NMT

His family announced in December 2019 that he had been hospitalized for treatment of prostate cancer that had spread to his bladder.

Official statement from the Spinks family regarding Leon Spinks: “Leon is currently in intensive care at a Las Vegas hospital receiving attentive medical care to suppress prostate cancer which he was diagnosed with earlier this year and has since spread to his bladder. 1/3

The two brothers made history in 1976 by winning gold medals in boxing during the Olympics. The men “joined Floyd Patterson, Muhammad Ali, Joe Frazier and George Foreman on Saturday as Olympic gold medal winners on a night that was the greatest in United States amateur boxing history,” according to the St.Louis Post-Dispatch.

Spinks was named to the Nevada Boxing Hall of Fame in 2017.