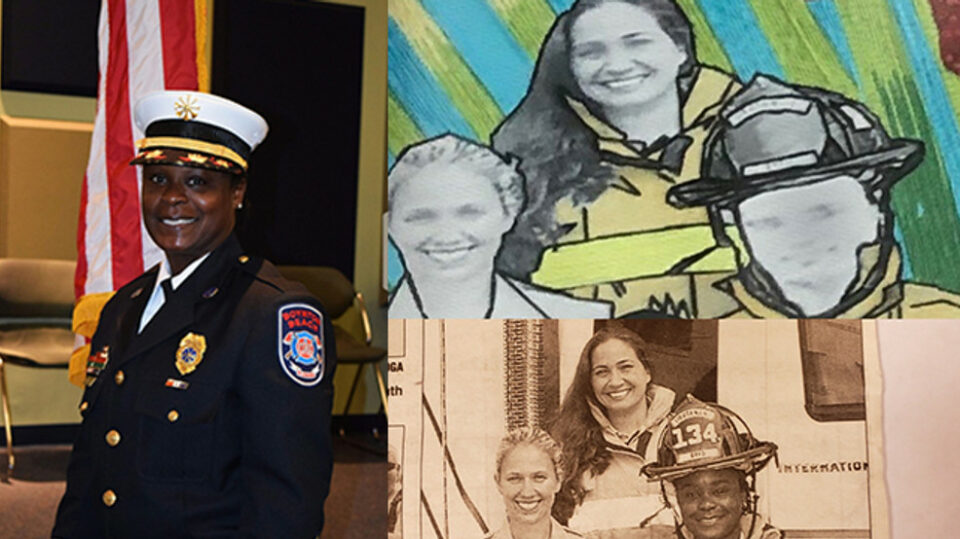 Deputy fire-rescue chief Latosha Clemons is suing the city where she made history as its first Black female firefighter over a mural which her attorney says is intentionally defamatory and injurious.

According to CNN, in November 2019, the City of Boyton Beach presented Clemons with a photo they wanted to use as the basis for her depiction on a new mural. She approved the photo, which showed her standing with another woman firefighter. When the mural was revealed in June 2020, both Clemons and her colleague were portrayed as white women.

“Being depicted as White was not only a false presentation of Clemons,” says a complaint originally filed in April, “it was also a depiction which completely disrespected all that [she] the first female Black firefighter for the city had accomplished.”

It was later revealed that while the original mural, which has since been erected, showed Clemons as her true, brown-skinned self, the city had her and other Black firefighters painted white.

In September, the original complaint was amended to say that the case was being brought forth on behalf of Clemons “to redress the defamatory statement [the City of Boynton Beach] made regarding her race and/or its negligence in failing to properly oversee an approved use of the likeness of Clemons.”

Weeks later, Clemons and her attorney Nicole Hunt Jackson spoke to local affiliate CBS 12 and told the station that they had discovered proof that City Manager Lori LaVerriere knew that changes were being made to the original artwork ahead of time. By that point, Public Arts Manager Debby Coles-Dobay had been fired as a result of the incident, and deputy fire chief Matthew Perry had resigned.

“I am still baffled by this entire experience,” Clemons said then. “I’m having difficulty sleeping all involved in making the decision to change that art should be held accountable, this can’t be swept under the rug.”

LaVerriere is set to head a meeting of Boyton Beach City Commission this week to see if litigation can be avoided in Clemons’ case, in which she is seeking over $30,000 in damages. A mediation hearing is also set for Nov. 30.