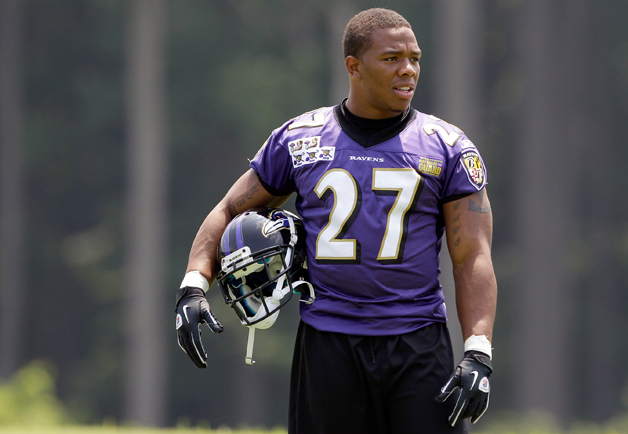 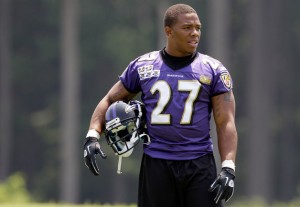 Video of Baltimore Ravens running back Ray Rice dragging his fiancee out of an elevator in an Atlantic City, N.J. casino emerged this week, and police have confirmed they have video evidence he struck her inside the elevator. That footage has not yet been released. But one of the brands endorsed by Rice told TMZ that it’s waiting for all of the evidence before it makes a decision on its future relationship with the former Super Bowl champion.

Michael Wehrell, president of VertiMax, a sports training equipment company, told TMZ that Rice has been with the brand since 2012 and has done a “great job.”

Police said Rice and fiancee Janay Palmer hit each other, and both were charged with simple assault Saturday. The Ravens told USA TODAY Sports that the pair returned home together after being brought into police custody.

According to Wehrell there are “no plans to release him as an endorsee, but we will assess the situation once we get all the facts. He’s had an impeccable track record off the field, he’s a great guy and has done a great job working with us.”

Indeed, Rice has never violated with respect the NFL’s Personal Conduct Policy, but that status could be in jeopardy. Rice ranked No. 33 on Forbes’ highest-paid athletes with $25.8 million made as of June 2013.

Of that total, nearly $1.5 million came from endorsements.