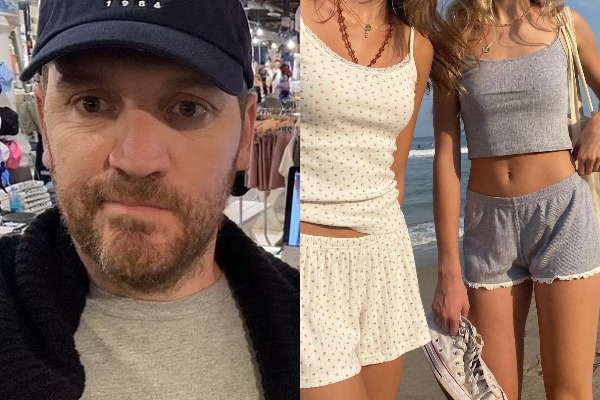 According to a Business Insider report released on Tuesday, the company CEO Stephen Marsan is accused of creating a toxic work culture that promoted misogyny and racism. Execs at the cult favorite fashion brand say Marsan only allowed thin pretty white girls to work at his stores.

Former Senior Vice President Luca Rotondo revealed that Marsan told him to only hire girls who fit his standard. Rotondo says over the nine years working for the company, he had to fire hundreds of employees, particularly if Marsan felt a store had too many Black employees.

“If she was black, if she was fat … he didn’t want them in the store,” Rotondo said.

It was also revealed the countless employees who were fired for their race or physical appearance, NY Post reports. Marsan is accused of reviewing full-body photos of underage girls, some as young as 14, before deciding to hire them.

Marsan and other top executives reportedly had a group chat where racist and sexist memes were frequently shared, as noted by Daily Mail. Some texts included photos of Hitler and promoted racist and discriminatory practices against women.

Rotondo and former Canadian employees have since filed a lawsuit against Marsan and the company over claims they were fired from their positions for refusing to let go of fat or Black employees. Bastiat USA operates Brandy Melville’s American-based stores and denies the allegations.

“There was no sugar coating it,” a former New York regional manager said. “It was, ‘She is skinny, white, blond, and pretty — let’s hire her.”’

“Even if they were the best employees ever, they would only keep the ones that were pretty or mixed race,” they added.

The company’s alleged unprofessional behavior even includes an alleged sexual assault with a former 21-year-old New York store manager who claims she woke up in one exec’s bed the next morning after a night out for drinks. The company has yet to release a statement to the shocking allegations.