Brandy Norwood Breaks Down the Business of Being a Star [Interview] 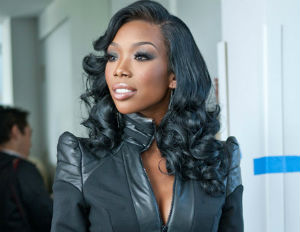 There aren’t many who can live out their wildest dreams, but Brandy Norwood has found a way to do so since the age of 11. First stepping into the music industry in 1992 as Immature’s (now known as IMx) background singer, the California-bred songbird is one of the few child stars that has stayed true to herself and soared throughout the years.

Now, twenty years later, Brandy has six albums under her belt–all top-10 albums, two of which ring in at No. 1 on Billboard’s R&B/Hip-Hop Albums chart (Full Moon, 2002 and Two Eleven, 2012); more than 10 million albums sold worldwide; ten top-10 singles on the Billboard charts; a No. 1 television show (Moesha, 1996 — 2001); 11 television roles; five movies and an approximated net worth of $12 million. “The Boy is Mine” singer has transformed from the girl next door to one of R&B’s leading ladies, and with the help of her family she’s done so with class.

BlackEnterprise.com caught up with Brandy to speak about herself as a brand, the financial responsibilities of being a teenage star and what young girls can do to follow in her footsteps.

BlackEnterprise: What is it like to be looked at as a brand, and not just a person?

Brandy: It has its pros and cons. I love being looked at as a person because it’s who I am, but it’s also great to have the people who started with you, and view you as someone they can look up to and conduct business with. From endorsements to…changing the world in that aspect, I think it’s a good thing.

BE: Your family was very involved in helping you brand your empire. What was it like having them play such an eminent role in your career, from start to now?

I felt like it set a very solid foundation for me. My mom taught me a lot of different things such as staying humble and being down-to-earth. Of course growing up in the industry you have your moments of getting too full of yourself, [but] having my mom so involved…I trusted her. She demanded people did the right thing so I wouldn’t suffer from any bad business or negativity that could come with this business.

BE: What was it like to watch your mom take a step back from her everyday job and become your manger?

I was so blessed for her to do that. I didn’t ask her to do that, [but] she just felt like that was something she should do. I was going to be traveling all over, and she wanted to be there with me. It was one of those things – touring and industry life – that you never know what is going to happen, so you just want to be sure that you are there, and as a mother I completely understand that. I couldn’t imagine if my daughter was 15 going everywhere, [and] I couldn’t be there with her. I definitely appreciate her for that.

BE: You started in this industry quite young. Did your parents ever preach financial responsibility to you?

Oh yeah! My mom was fearful of everything. She really set [my brother and I] up to know what we had to do to be responsible. When you are young you are going to do some things that you shouldn’t do, [but] that foundation, that person you trust and loves you is helping you run your financial business. They did [teach us financial responsibility], and it was great for us.