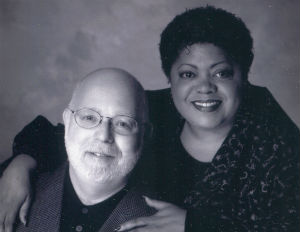 In 2003, Peggy Beavers was 52 years old with more than $160,000 in retirement savings. She and her husband, Bob, were on track to reach the target retirement goal their financial planner had set for them in order to have a comfortable retirement.

“We always lived well beneath our means and didn’t carry debt. Throughout our careers, we always saved 25% of our salary and put the bulk of that in diversified investments through 401(k)s. In the early 1990s we began saving my full salary and living off of Bob’s as we set out to hit our seven-figure retirement savings target,â€ says Peggy.

[Related: How to Reprogram Your Brain to Save Money]

As the saying goes, however, “if you want to make God laugh, tell him about your plans.â€ “Like most people, we had setbacks. We sold three out of six homes under the purchase price, and between us we experienced four job eliminations. In addition, I became my father’s caregiver in 1992, and also provided him with financial assistance until his death in 2006. I stopped working in 2001, â€ she says. By the end of 2008, all investments–except one–fell through. This put the Beavers 30% below their retirement goal.

What was also in the plan for Peggy was a 2003 reunion with her former Accenture colleague Kevin Coppola, who had left the company to develop Compass Institute and Compass Investors L.L.C. Compass, which was incorporated in 2004 after several years of extensive market research, and provides clients with customized analysis of their investment options so that they can change the investments in their 401(k)s every five weeks in order to capitalize on market conditions.

Critics point out that these companies and their trading advice are not regulated, and that they are not held accountable for what they say or do. Financial advisers like Jonathan Satovsky, founder and principal of Satovsky Asset Management L.L.C., warn that moving in and out of investments that are designed to provide value over the long term can make time your enemy, and not your friend.

“You will only know whether your investment steward is a genius or idiot in 10 or more years. If people start changing their investments you’re not giving me time to let my thesis play out, to see that I was right, because you’re forcing me to sell the position,â€ he adds.

The ‘New’ Retirement
Coppola created Compass based on his belief that the old “save and holdâ€ model we are accustomed to when it comes to long-term investing for retirement could not possibly deliver the returns needed to meet financial needs 20, 30, or even 40 years into retirement.

“When you look at the social and economic realities of the day, particularly the fact that we are living so much longer, you could do everything ‘right’ and still not be able to save enough for retirement,â€ says Coppola.

The Compass strategy starts by looking at people like Peggy and asking them to figure out what their ideal retirement looks like and how much it will cost. The idea is to get to that “magic numberâ€ as quickly as possible. For $600 a year, Compass sends investors analysis every five weeks, encouraging them to move their money between the different funds available through their 401(k)s in order to maximize returns versus traditional long-term investment strategies. When investors reach their target, Compass allows them the flexibility to transfer the funds to a safe investment.

“I want to be able to provide income forever, if possible, and you can do that by growing your accounts large enough and then putting them into guaranteed vehicles that will pay you interest –everything that you would have been getting from your salary,â€ says Coppola.

“These days, the old model does not work. For example, had we continued to add bonds, the usual approach as one nears retirement, we would have missed a long bull market. Further, with interest rates so low, larger holdings in bonds would have more likely decreased rather than increased our wealth,â€ says Peggy.

Compass is not the only player in the space. EZ Tracker provides a monthly newsletter with information about the best performing funds in your portfolio each month for $85 a year.

Risks and Rewards
Since Peggy started with Compass in 2003, she says her 401(k) has grown “fivefold.â€ Her husband was slow to adopt the model and began with Compass in 2012. “He’s had a 100% increase and we now have double our original target. Reviewing our portfolio every five weeks, instead of every six months or a year, allowed us to react before we were hurt and maximize during the good times,â€ says Peggy.

The Beavers are now both retired, drawing down approximately 2% a year from their investments for living expenses, while living with the peace of mind that comes from knowing that whatever the future holds, they are financially secure.