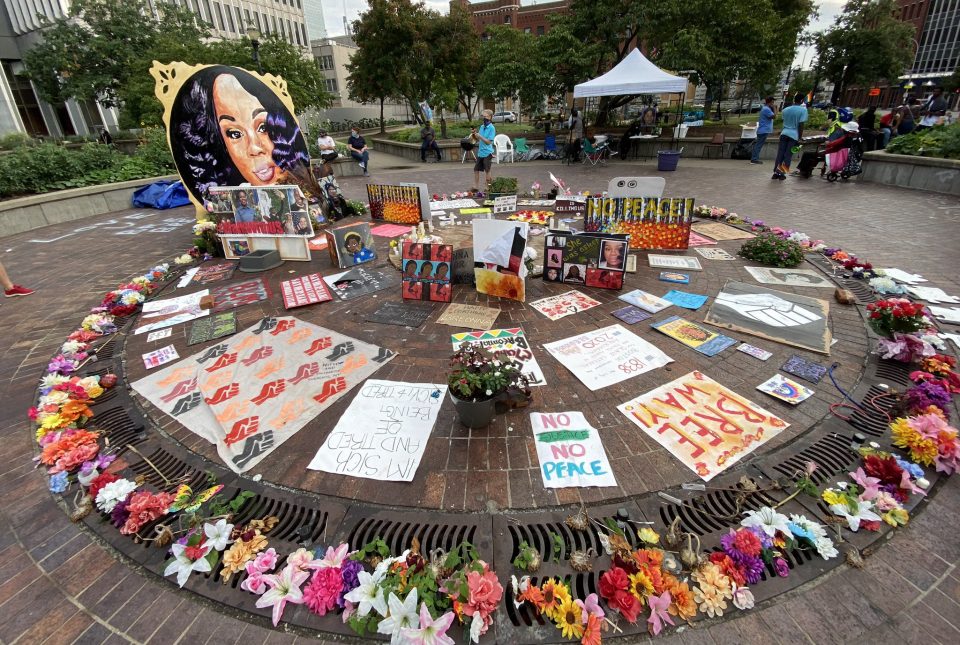 Frustrated protesters took to the street calling for justice for the killing of Breonna Taylor in Louisville, Kentucky, at the hands of law enforcement officials who fired roughly 30 gunshots into her apartment while she was sleeping. After the news broke that only one of the cops responsible would be indicted—and not for the death of the EMT worker, but for endangering her white neighbors with errant bullets—another neighbor is coming forward asking why cops weren’t charged for hailing bullets into his apartment unit during the night of the incident.

The Courier Journal reports that 47-year-old Stanley David is questioning the police department’s motives in not charging officers that fired two stray bullets into his home when Taylor was killed. “My apartment was hit too,” David said to the Courier Journal. “The bullet that came through my floor right in front of my bedroom door, if that bullet went through my bed, maybe I would have been dead too. I’m a human being too.”

David also went on to say how the police are responsible for the misinformation that has been leaked out about Taylor stating that they don’t represent the kind person she really was. “Breonna was nobody like they claim,” David said of the swirling rumors of drug activity at her apartment. “For as long as I knew her, I didn’t see anybody coming there with anything like that. There weren’t people coming in and out. It was only she and her boyfriend.”

David with his attorney, Sam Agruiar, argued that the other neighbors included in the endangerment charges were white and heavily criticized the department for their decision.