Brett Favre Comparing Colin Kaepernick to Pat Tillman: ‘I'd Assume That Hero Status Will Be Stamped As Well’ 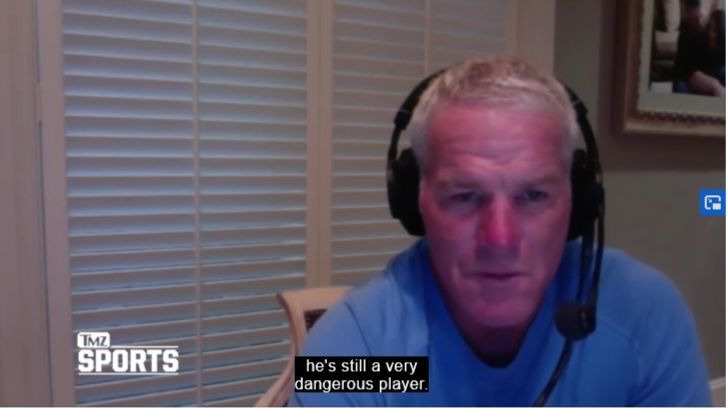 Favre, speaking to TMZ Sports, was asked if he thinks Kaepernick had reached the status of Jackie Robinson or Muhammad Ali by taking a stand against racial injustice and police brutality when he took a knee during the singing of the national anthem.

“I can only think of, right off the top of my head, Pat Tillman, another guy who did something similar, and we regard him as a hero,” Favre said. “So I’d assume that hero status will be stamped with Kaepernick as well.”

Tillman, who was a 25-year-old safety for the Arizona Cardinals, enlisted in the Army after the terrorist attacks on Sept. 11, 2001. Tillman was offered and turned down a $3.6 million contract offer from the Cardinals. After the 2001 season, he left his NFL career to fight for his country and after serving combat tours in Iraq and Afghanistan, he was killed in 2004 as the result of friendly fire in Afghanistan. Tillman was awarded both the Silver Star and Purple Heart posthumously.

“It’s not easy for a guy his age—black or white, Hispanic, whatever—to stop something that you’ve always dreamed of doing and put it on hold, maybe forever, for something that you believe in,” Favre said of the still unsigned Kaepernick.

“I think from a football sense, I can’t imagine him being that far out of shape or that far out of touch with football that he doesn’t deserve a shot. He’s still young and hasn’t been hit in several years, so there’s no reason to think that he’s lost that much of a step.”

NFL commissioner Roger Goodell recently admitted that the NFL was wrong for not allowing players to take a knee on the field. “We, the NFL, condemn racism and the systematic oppression of Black People. We, the NFL, admit we were wrong for not listening to NFL players earlier and encourage all to speak out and peacefully protest. We, the NFL, believe Black Lives Matter. #InspireChange ”

But, according to a recent poll, a majority of Americans believe NFL Commissioner Roger Goodell owes former quarterback Colin Kaepernick an apology.