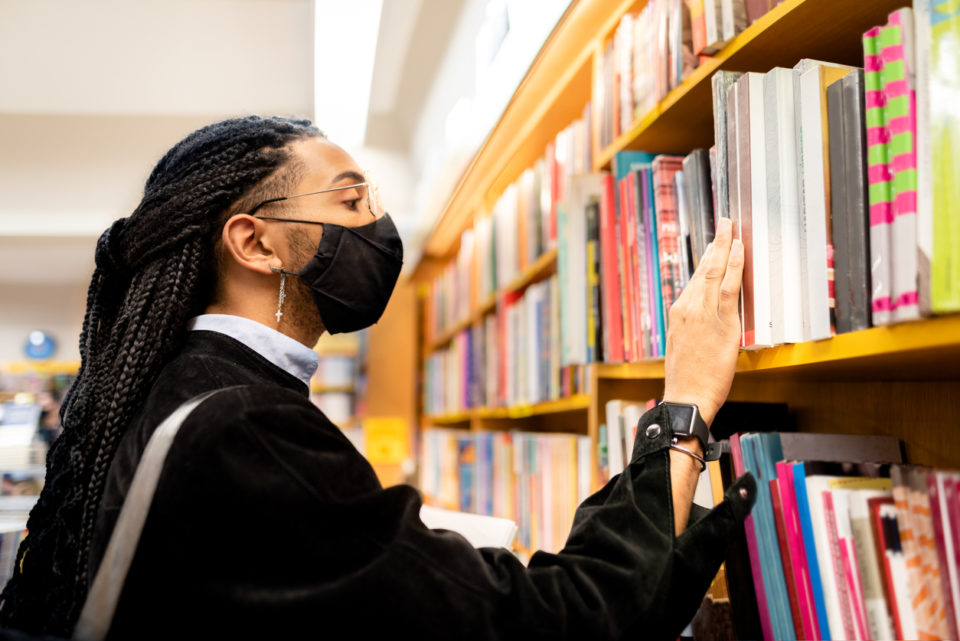 University student, at a library choosing a book in the shelf, using facial mask [istockphoto.com]

In the era of social justice and educational reform, undergraduate students who attend Brown University, located in Rhode Island, became involved in the hot-button reparations topic. They voted overwhelmingly for the descendants of slaves who were affiliated with the school and its founders, to be offered reparations by Brown.

The Undergraduate Council of Students posted information about the reparations issue on Instagram. In the post, followers were informed that starting March 19, Brown students would have the ability to vote on questions of reparations at the University. In an election, the students who attend the Ivy League school recently voted on two referendum questions.

”Following a landmark resolution, the Undergraduate Council of Students has put two referenda on their spring ballot which will allow students to voice whether they want the University to seek to identify the descendants of the slaves afflicted by Brown and separately pursue efforts to provide reparations,” the post also explained.

Further information included that the effort had been endorsed by the Council. Voting ‘yes’ to help ensure Brown takes ownership for its actions and privileges from the slave trade was also mentioned.

According to Yahoo News, students voted for reparations through multiple forms, including preferential admission for descendants of enslaved people, direct payments to descendants, and targeted investments in Black communities.

In another story, Today shared that Brown would not be the first higher education institution to weigh in on the issue of providing reparations to descendants of enslaved people who were associated with the university. Today noted other institutions that have become entangled in similar conversations, including. Georgetown University, which reportedly offered full scholarships to descendants of slaves attending the university, and its affiliated Catholic monastery and raised current students’ cost of attendance to pay for them. Princeton Theological Seminary previously announced a $27 million commitment for initiatives to recognize how it benefited from slavery, according to Today.

“More recently, the Virginia House passed a measure Feb. 4 that would require five colleges in the state to offer “tangible benefits,” such as scholarships or development programs, for nearby Black communities. The bill advanced to the Democratic-controlled Senate, where it is likely to pass,” Today further reported.

Brown University’s president, Christina H. Paxson, has not commented on the status of the vote by Brown’s students, according to Today. However, a university spokesperson did share a relevant statement that has been circulating.

“Confronting questions of reparations and institutional reckoning with connections to the transatlantic slave trade has a deep history at Brown. The University interrogated this issue as a full community from 2003 to 2006, and Brown committed to a series of actions whose impact persists in our education, research, engagement with historically underrepresented groups and ongoing work in diversity, equity and inclusion. The current work of Brown’s Task Force on Anti-Black Racism will make recommendations on what more Brown can do to address the legacy of slavery,” Brian Clark, a university spokesperson, said.