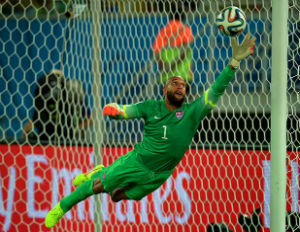 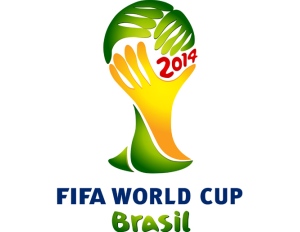 Argentina, Germany, the Netherlands, and Brazil are the only countries standing from the 32 teams that kicked off the World Cup last month.

But as the semi-finals get underway on July 8, something magical is going down in communities across the U.S.; African soccer fans, American casual sports fans, and everyday African Americans have morphed into a curiousÂ  hybrid.

This past month, support for the U.S. and a renewed joy of the game created a unique blend of African, African American, Asian, Hispanic and White, a new breed of American, infected with World Cup Fever, brown on the outside, but bleeding red, white and blue.

Credit the improbable but spectacular run of the USMNT for igniting this passion.

It’s rare for the USA to be considered underdog at anything, but for a nation still feeling out the game of soccer ending up in the dreaded group of death, every soccer fan from Alabama to Wyoming could hear the bells toll.

Making it into the second round of the tournament for the second World Cup in a row made us legit. It’s time to start dreaming, to start embracing the game and time to welcome African Americans to the party.

After decades of disdain at playing soccer, if all the bars packed in New York’s Harlem and Fort Greene Brooklyn are any indication, the black community is finally on board.

So why the sudden escalation of support?

Unlike baseball, basketball, and football, soccer’s early origins in the U.S. came from Scottish, Irish, and Italian immigrants in the late 1800s and early 1900s. During that period, most of Africa was colonized by the Europeans. African history professor Peter Alegi tells NPR.org, “The game came with European imperialism and first with the British. It was the soldiers, traders, and missionaries who really pushed the game. It spread very quickly through the mission schools, through the military and through the railways. And it was quickly embraced by Africans.”

If the game was embraced by Africans, why not the black community?

Cherae Robinson puts it this way, “African Americans insulated from the sport due to slavery and segregation and then again by overwhelmingly being relegated to urban areas late in to the 20th century, never truly had the chance to develop a love for the sport. For most African Americans, soccer conjures up images of soccer moms and minivans—something our urban surroundings don’t include.”

It’s also easier to set up a basketball court than a soccer pitch, which is 100 meters in length.

Further, black immigrants who adored the game of soccer before arriving the United States were seduced by the merchandising, flare and financial prosperity of U.S. sports, and many tried to assimilate into American life and its sports culture. The dominating elements of it included high flying basketball players with slick moves, the quick up and down tempo of U.S. games, and sportsmanship of American football.