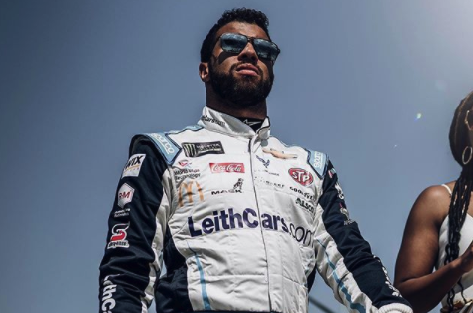 Professional NASCAR driver Bubba Wallace lost his sponsorship for a virtual racing series after getting upset and quitting the event following a crash Sunday.

With the coronavirus outbreak suspending real NASCAR races, some drivers are trying to keep fans engaged and entertained through virtual means. One method has been the eNASCAR iRacing Pro Invitational Series, a set of races featuring NASCAR drivers racing one another in a video game simulation.

According to Fox Sports, Wallace was one of the 32 drivers competing in the Food City Showdown at a virtual Bristol Motor Speedway on Sunday. Wallace crashed on the 11th lap of the 150 lap race when Clint Bowyer cut in front of Wallace’s car on a straightaway, then came up high and put Wallace into the wall. Wallace was so upset that he wound up rage-quitting, a popular gamer term for a player who gets so angry that they prematurely bow out of the competition. Wallace quit almost immediately after the crash.

“Y’all have a good one. That’s it. This is why I don’t take this [expletive] serious,” Wallace said on his Twitch stream immediately after the wreck. “Peace out!”

Wallace was given a DQ/DNF in the virtual race but he also received some real-life backlash. One of the driver’s sponsors, joint/muscle cream Blue-Emu didn’t take too kindly to his flippant attitude and decided to pull their sponsorship. Things could get worse for the driver. The company is a sponsor of Wallace’s real-life racing team and just recently signed a multi-year contract to become an official partner of NASCAR. Meaning the company will be in the space even after the pandemic passes and actual races resume.

The coronavirus outbreak has led to many athletes and teams giving back while their sports are postponed. Former New York Knicks guard Stephon Marbury is working with a Chinese manufacturer to deliver 10  million masks to New York City. Dallas Mavericks owner Mark Cuban was the first owner of a major sports franchise to say that arena staff will continue to be paid through the outbreak.