Building the Bridge between Africa and Silicon Valley 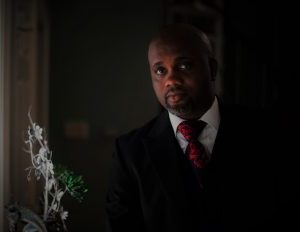 Black Enterprise: What are some of the successful companies that have come out of that?

Ozoigbo:Â Successful DEMO Africa Alumni include SOKO – an e-commerce (jewelry) platform that empowers many of the artisans in East Africa. They also work with the United Nations and notable Hollywood celebrities.

WEZA TELE, is also a 2012 DEMO Alumni that was recently acquired by AFB.

Two years ago, we had Spacepointe. Spacepointe is a point of sale e-commerce system that allows small SMEs in Africa to get online. They just raised about a million and a half in the last year, as well.

Black Enterprise: This is true. Now do you have a fund, specifically?

Ozoigbo: The ATF is set up as an advisory practice. We are not a fund.

Black Enterprise: Tell me more about what you guys offer–you mentioned advisory, but what else?

Ozoigbo: Public institutions like the US State Department have always engaged Africa from a diplomatic and foreign relations standpoint. These same state actors have now ushered in a new wave of engagement to support economic growth and entrepreneurship with platforms like Lions@frica

So, we look at a continent that is very much driven by the youth–very much driven by the age of the internet. A lot of these folks are self-taughtÂ and do not have the formal training in certain aspects of venture creation and digital entrepreneurship. They have built companies on binary codes and learned new skills through the mobile internet. If a Silicon Valley technology event is live streamed across the world, there are African entrepreneurs huddled somewhere, watching it and consuming every panel, consuming every fireside chat, taking notes, and then applying those notes to their local context.

It’s really very proactive that way, and we’ve been very much the bridge builders in making sure this happens. As I mentioned earlier, we’re very committed to making sure that more investments enter the region. So, we’re synthesizing the Diaspora to make sure that they’re aware of what’s going on. When we bring these companies here, we take them around and allow people to [get to] know them and what they’re doing; to know the problems they’re solving; see how much they’re raising; then look for creative ways to raise funds for them–whether it’s equity or debt or crowdfunding. We usually like to have a hybrid of sorts.

Black Enterprise: Essentially, you’re introducing them to the ecosystem of Silicon Valley?

Ozoigbo:Â We are, and we plan to continue building innovation platforms for future growth.Â They learn the startup curriculum on venture creation and scaling enterprises. They get the necessary tools to build and scale a venture, and they get to go back home and apply their learnings in ways that suit their local context.