How One Woman Used Her Transferable Skills to Switch Careers 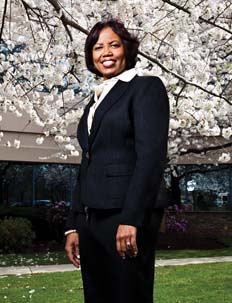 After nearly a decade of managing supplier contracts and procurement in finance, Knightner transferred her skills to healthcare as director of corporate sourcing at AmeriHealth Mercy, which provides healthcare solutions to underserved communities.

Responsibilities: Knightner determines a strategic sourcing plan after receiving requests for proposals (RFPs) from internal departments including IT, service operations, human resources, medical affairs, and marketing. When she receives the RFPs, she identifies suppliers–which can range from IT and professional services to office supplier and staff augmentation. She also develops requirements and conducts market analysis. Once a supplier is selected, Knightner negotiates the contract and creates a statement of work that details the services, supplier deliverables, terms of the project, and more.

How She Got the Job: Knightner knew it was time to redirect her career in January 2010 as she watched tension continue to rise in the mortgage banking financial industry. “We had so many cutbacks. So many companies were folding and going bankrupt. Morale was down. I didn’t know if the doors of the organization were going to close.â€ After a friend suggested considering a position in healthcare, Knightner conducted industry research and networked with professional women in the field. She discovered that opportunities were plentiful. “It made me realize that it was possible to transfer to healthcare without a nursing degree.â€ Using job portals such as Indeed.com, Knightner sent her rÃ©sumÃ© to healthcare and pharmaceutical companies. She completed a phone interview and three face-to-face interviews with AmeriHealth Mercy before receiving an offer in February 2011 as contracts manager. Knightner was promoted 13 months later to her current position of director of corporate sourcing.

Opportunities: An aging population, rise in chronic health conditions, and President Obama’s healthcare reform are all factors that are influencing the rapid growth of jobs in healthcare. According to the Bureau of Labor Statistics, healthcare is one of the industries projected to have the fastest job growth between 2010 and 2020, with an estimated gain of 5.6 million jobs. Though nurses, nurse practitioners, social workers, and home health aides are in demand, there is also a need for those without a medical degree or experience to fill roles in areas such as health administration, human resources, finance, and IT.