Burger King Employees Quit All At Once, Left A Message That Angered Upper Management 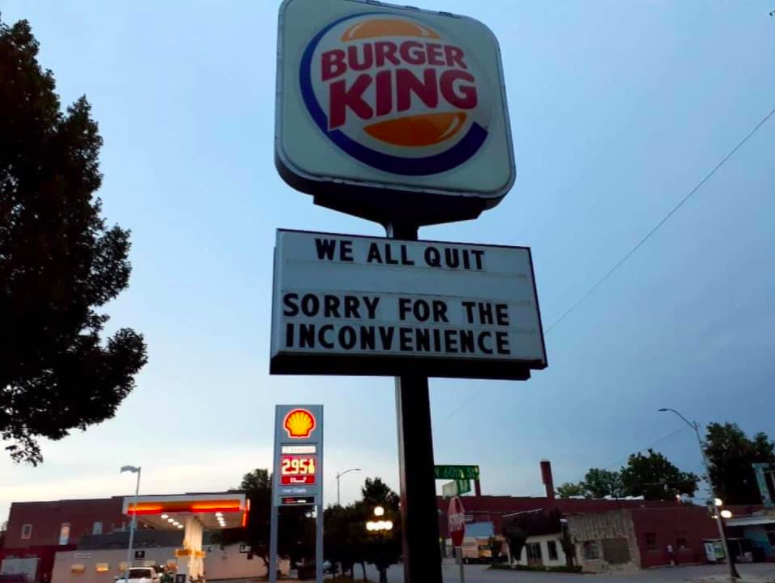 The working conditions at a fast food restaurant in Lincoln, Neb., was so bad that all of its employees resigned, callously leaving a joke last Saturday that reads “We all quit — sorry for the inconvenience” on the welcome front sign.

Upper management at Burger King was not pleased that one of its franchised location had a sign posted that went viral, which indicated that service had been shut down due to a mass employee exodus, Business Insider reported.

“They wanted to put up a sign to say, you know, sorry there’s really not going to be anyone here,” Rachael Flores, the former general manager, told the local ABC affiliate. “Just kind of a laugh to upper management.”

“I didn’t think anybody was going to notice it,” she added.

Despite her resignation, a two-weeks notice she filed, Flores was told to take down the signs from her former boss.

Joining Flores were eight other employees, fed up with how this restaurant has been treating them.

For weeks, the kitchen air-conditioning has been broken, reaching 97 degrees on the thermostat, Business Insider reported. Former staffers provided evidence that shows that temperatures reached 102 degrees.

Flores and her team would work six or seven workdays with a team of 13 people, and sometimes Flores, who is a mother, had to unexpectedly cover people’s absences even if it’s a shift from 5:30 a.m. to 1 a.m.

There was a time she needed be hospitalized because of dehydration.

The former general manager said her Burger King was understaffed and underpaid.

Upper management also rejected her request to raise her team’s pay more than $12.50 per hour, including one employee who worked there for 18 years.

“The work experience described at this location is not in line with our brand values,” a Burger King corporate spokesperson said in a statement to Insider. “Our franchisee is looking into this situation to ensure this doesn’t happen in the future.”

As BLACK ENTERPRISE previously reported, under the Cares Act, those who filed for unemployment will receive a $600 weekly direct deposit. However, this situation has created a scenario where it is more advantageous to do nothing than to work for $8.46 per hour at a full-time job. 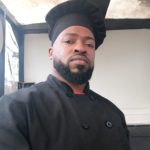 South Carolina Restaurant Owner Turns Junk Cars Into Treasures, Donates Them to Those In Need 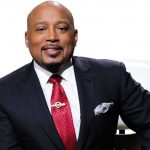