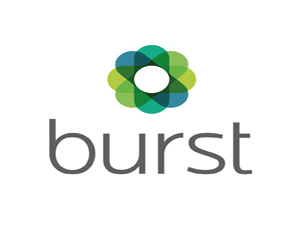 There’s an application and social network for nearly everything these days, so when a new tech tool comes on the scene it has to offer the user a unique experience. Burst, a Boston-based startup, is giving family-focused techies another reason to get excited about an up-and-coming platform. In the seemingly overcrowded social and mobile space, what separates Burst from Facebook, Instagram, Path, Social Cam and Viddy?

Burst is not your typical startup. Launching the niche photo and video sharing mobile app in June, Burst raised $3.5 million in capital in the seed round beginning last April. The family-friendly social network focuses on users selectively sharing secure content as opposed to the Instagram approach of sharing everything with a large, vast network.

“We want people to simply be able to selectively share with just family and friends, via a social network or across a national promotion with a publisher or major not-for-profit – ease and choice is our mantra,â€ says Burst’s CEO Bryant McBride.

McBride, a father of three, wanted to capture his children playing soccer and share the footage privately but couldn’t find the right solution. Â Not wanting other parents to miss out on those memorable moments, the 47-year old, along with Tracy Deforge and Paul Levy, created Burst.

Unlike its’ competitor Social Cam, which auto-posted content when people downloaded their app, creating a firestorm of bad PR, Burst has conversely focused on addressing online Internet privacy–a major concern for many tech consumers.

The Burst app has built-in constraints that allow users to create a place of trust and intimacy for their customers.

Here is how it works…

Not Your Typical Startup Co-Founder

McBride is quite the serial entrepreneur and investor. The first African-American class president at West Point co-created and sold four companies in the sports-technology space, including Football Scouts, Inc., which was sold to ESPN and later becameÂ ESPN Insider, and Sports Technologies, Inc., which sold FanNation to Sports Illustrated/Time Warner. Prior to his entrepreneurial activities, he worked as vice president of business development at the National Hockey League.Â  McBride and his business partners Deforge and Levy have consistently created value for investors by being at the forefront of digital technology.