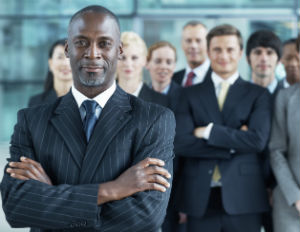 Weeks after President Obama nominated Chief Judge of the D.C. Circuit Court of Appeals Merrick Garland to the U.S. Supreme Court, more than 70 business leaders nationwide have expressed frustration that the Senate refuses to meet with the nominee or schedule hearings for his confirmation. According to legal experts, the potential for a lengthy period without a ninth justice could increase uncertainty on several key business issues, including healthcare, immigration, unions and small business contracting.

Some business leaders point out the need for stability to operate their businesses effectively. Others express frustration that while they go to work every day and do their job, the Senate was not meeting its constitutionally mandated role. Several business leaders argue that gridlock in Washington, D.C., reflect poorly on U.S businesses during interactions with international peers.

“As the highest court in the nation, the Supreme Court should be above politics. It stands to reason that the confirmation of one of its justices should also be free from political games,â€ U.S. Hispanic Chamber of Commerce President and CEO Javier Palomarez said in a statement

“Pending Supreme Court cases addressing some of the most pressing issues of our time, such as immigration, public education and healthcare, will be heard in the near future. The Senate must stand on the right side of history, fulfill its legislative duties, and confirm a Supreme Court justice without drama or delay,â€ he added.

“Hundreds of thousands of small business leaders believe that we must move beyond partisan politics. When a business loses a CEO, we move quickly to replace him or her. Too many important issues for business and the economy rest on having a full Supreme Court, so we implore Congress to act now,â€ noted the South Carolina Small Business Chamber of Commerce.

Viagra and Social Security? Why Uncle Sam May Owe You Alot of Money