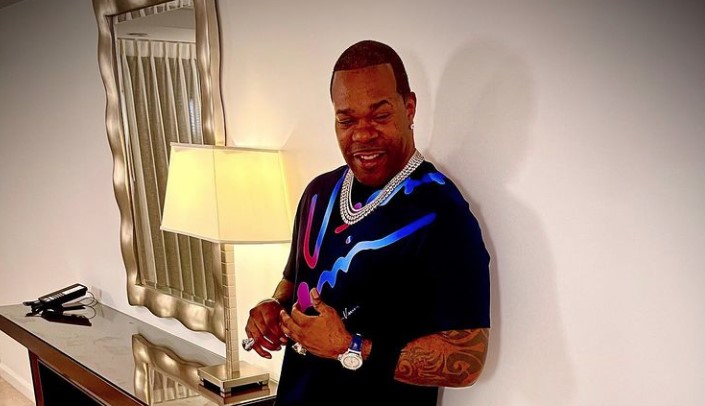 Many celebrities have jumped on the bitcoin bandwagon this year. Now, you can add Trevor George Smith Jr., aka Busta Rhymes, to the list.

Earlier this month, Rhymes asked his 3.8 million followers on Twitter a series of questions about cryptocurrency. Many people shared their insights and resources, including MicroStrategy CEO and popular bitcoin enthusiast Michael Saylor.

But it wasn’t until last week’s B-Word Conference that Rhymes made his relationship with bitcoin official.  The rapper announced on Twitter that he is officially holding bitcoin.

“After watching the #bitcoin conference live with @jack, @elonmusk, and @CathieDWood, I’m sold on bitcoin,” Busta Rhymes wrote on Twitter.

Looking into eth next.

Rhymes shared that he is officially holding bitcoin and looking into Ethereum next.

Bitcoin is the leading cryptocurrency in the market. In February 2021, Coindesk reported that bitcoin’s market value surpassed the trillion dollar mark.

Ethereum stands right behind bitcoin, claiming its spot as the second largest cryptocurrency by market capitalization. After Elon Musk confirmed his investment in Ethereum at the conference, the price of Ethereum rose, CNBC reported.

Wednesday’s B-Word Conference was hosted by the Crypto Council for Innovation. The B-Word streaming conference was designed to “demystify” and “correct mainstream narratives about bitcoin”.

The conversation between Elon Musk, Jack Dorsey, and Cathie Wood was the highlight for many viewers. It sealed the deal for many investors who were on the fence about bitcoin. The three CEO’s were featured on a panel to discuss “Bitcoin As A Tool For Economic Empowerment.” They focused on providing education and insights for institutions looking to invest or leverage the power of bitcoin. The conversation was exactly what Busta Rhymes needed to claim his stake in the decentralized digital currency.

Elon Musk, co-founder of Tesla and SpaceX, is one of the loudest and influential voices in the crypto space. During the panel discussion, he confirmed that he is a supporter of bitcoin. Musk revealed that he holds more bitcoin than dogecoin or ether and wants to see the cryptocurrency succeed. He also shared that his investments are limited beyond cryptocurrencies. He only owns stock of Tesla and SpaceX.

“If the price of bitcoin goes down, I lose money. I might pump but I don’t dump,” Musk said. “I definitely do not believe in getting the price high and selling or anything like that. I’d like to see bitcoin succeed.”

Cathie Wood and Jack Dorsey Highlight the Power of Bitcoin

Cathie Wood, one of the most influential females in crypto, provided economic insights supporting the case for bitcoin. She’s the founder, CEO, and CIO of ARK Invest. In 2020, she gained notoriety for her unconventional stock picks and predictions that turned out to be right. Now, she’s all in on bitcoin and sees the digital currency reaching $500,000, Bloomberg reported.

Jack Dorsey, CEO of both Twitter and Square, dived into the conversation with his tech insights. Dorsey has previously said that bitcoin and blockchain technology are the future of Twitter. Earlier this year, he teamed up with Jay-Z to invest $23 million in new a bitcoin endowment called ₿trust. Dorsey believes that bitcoin “has the potential to make everyone’s life better.”