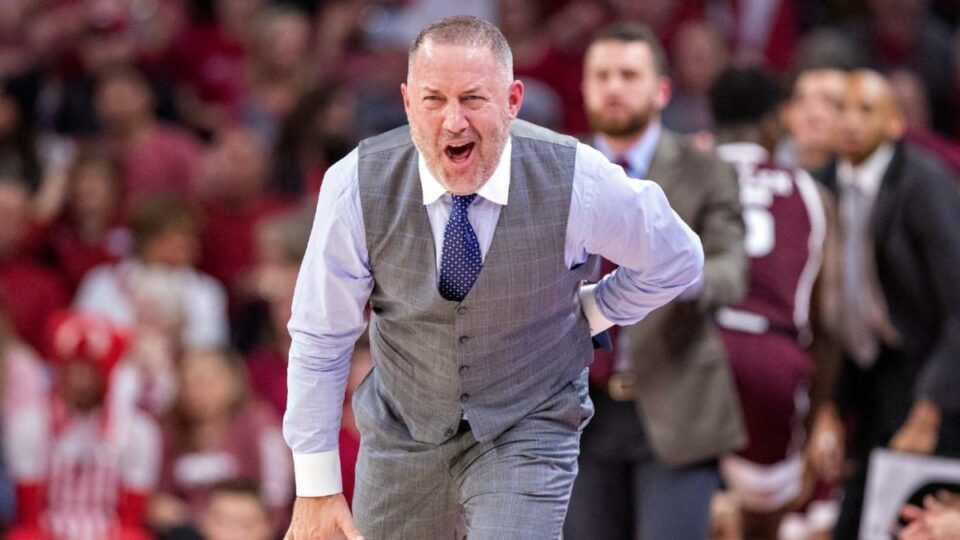 Texas A&M men’s basketball team is struggling this season and may not make the NCAA Tournament. And it doesn’t help that the coaching staff is getting heckled for its choice of on-court attire.

When the insurance company left me hangin’ after my wreck, I called Buzz Williams. Just one call and he got me the money I needed! pic.twitter.com/JwuWVQuA8O

The college basketball world took notice on Saturday when the Aggies played the Auburn Tigers, the top team in the country. Texas A&M lost 75-58, but the big story was the coaches’ attire.

there's always someone on the Texas A&M basketball staff dressed like an NPC from Red Dead Redemption https://t.co/El7uW5BDxu

The Aggies sit at 15-10 overall and 4-8 in the Big 12 Conference. The Texas A&M coaching staff is led by Buzz Williams, who is well known for sporting some colorful threads.

When the sports world restarted after its pandemic-related pause in spring 2020, many basketball coaches in college and the NBA abandoned their custom suits for casual threads. However, the Aggies coaching staff has been sporting three-piece suits this season, and Williams, who is in his third season coaching Texas A&M, asked the staff to dress similarly.

According to BroBible, the Aggies coaching staff were the butt of several jokes during the game on Twitter. Some compared the Texas A&M staff to insurance workers, while others went much further back in time.

Currently, the only league to continue sporting suits league-wide after sports restarted is the National Hockey League.

The coronavirus pandemic shut down sports of all kinds across the world including high school sports across the country, the men’s and women’s NCAA basketball tournament. The WNBA, NBA, and NHL seasons were postponed until June and their playoffs were played in bubbles in Florida and Canada to ensure the players were tested daily. Meanwhile, the MLB regular season was shortened by 100 games to 60.

The WNBA remains the only pro league with a 99% vaccination rate. The league, which is made up of mostly Black women were quick to get vaccinated in an effort to keep its season going without interruption.