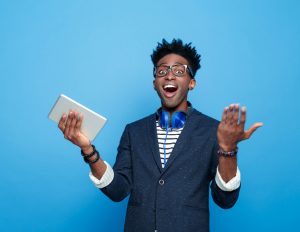 “…there are a lot of limitations in how to watch TV today. Unlike online video, people can’t watch TV when they want, on any screen and on their terms, without commitments. Consumers have made it clear that they want live TV without all the hassle. They don’t want to worry about their DVR filling up. They don’t want to miss a great game or their favorite show because they’re on the go. They tell us they want TV to be more like YouTube.”

The service is month-to-month with no contract, and costs $35 a month. With it, customers can stream 44 channels, including CBS, NBC, ABC, Fox, ESPN, SyFy, and more. For an additional cost, which has yet to be disclosed, you can add Showtime and/or Fox Soccer Plus.

Subscribers can also record any live-streamed show to a cloud DVR for later viewing. There is no storage limit on the cloud DVR.

YouTube TV is supported on any mobile, tablet, or desktop screen, and works with Google Chromecast (stick or built-in a smart TV). The app also works on both Android and iOS.

One membership provides six accounts. This allows different members in the same household their own customized viewing and channel options. One account also lets you stream up to three devices concurrently.

The service is not yet available, but the Google blog post says it will be live in the U.S. market “soon.â€ You can sign up now to receive a notification when it’sÂ live.

Households continue to give up standard TV for internet-streamed content. A report from the U.S. Energy Information Administration reveals that TV ownership in homes declined since 2009. The number of homes without any TVs at all has risen. More viewers are using mobile devices to view content.

Here is an account of the pros and cons of weaning off of cable TV to internet TV.